Vandalism against a Catholic Church promoting the pro-death position 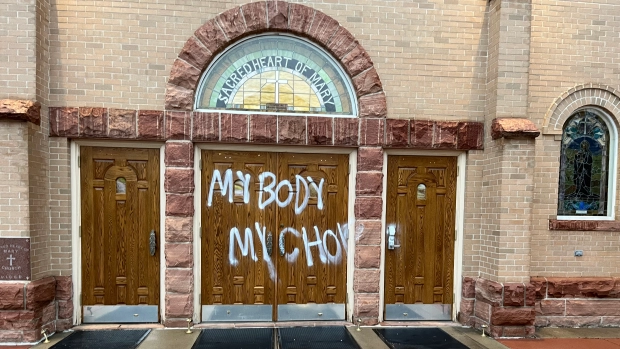 BOULDER, Colo. (CBS4) – Criminals sharing abortion-rights sentiments targeted a church in Boulder Tuesday night, smashing windows and spray painting Sacred Heart of Mary Church in Boulder. The Catholic church, and the Archdiocese in Denver, said the vandalism to the property will cost thousands of dollars to repair.

Parishioners of the Boulder County church showed up for morning mass to find anti-catholic and abortion rights messages spray-painted on their buildings. Windows were smashed, and messages of universal healthcare were also left on sculptures.

“Once again a parish community showed up for a morning mass and had to walk in and witness that their parish had been targeted,” said Mark Haas, spokesperson for the Archdiocese. “I hate to say it. I was not surprised to learn of this, this morning.”

Haas said the Archdiocese had suspected the possibility of targeted vandalism if the Supreme Court elected to overturn the Roe v. Wade ruling. However, they were not expecting it to happen until June at the earliest.

Haas said the church was saddened to be expecting possible vandalism due to their anti-abortion rights beliefs.

“People just have so much hatred in their hearts. We pray for them,” one parishioner told CBS4 as he worked to cleanup the vandalism.

This was the second time in less than a year that Sacred Heart of Mary was targeted by vandals. Haas said 30 local Catholic churches have been vandalized in the last two years.

“It is disheartening to see. We understand this is an emotional topic, one that people feel strongly about. But to see people lash out like this and target places of worship is troubling,” Haas said.

Haas encouraged those who disagree with the stance of the Catholic church on reproductive rights to reach out to their local church to schedule a peaceful conversation.

“I think what the church believes is often mischaracterized by the other side. Talking to people who hold these beliefs may allow people to learn why we believe this, why we are so passionate about it,” Haas said. 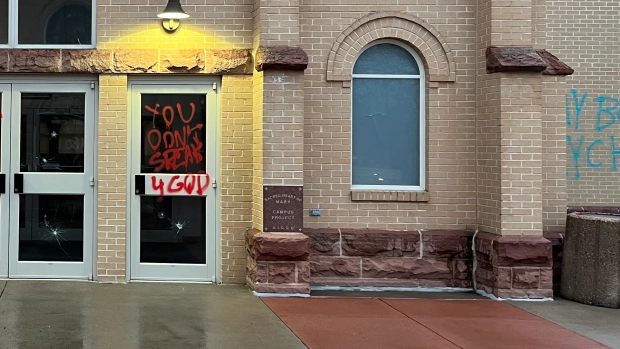 The Archdiocese said they would not let the criminals who vandalized their property deter them from standing up for that in which they believe.

“(In the Bible) there are so many stories of the apostles being persecuted for what they believe, and they are actually joyful about it,” Haas said. “They are convicted, it won’t stop them. We can say the same for our parish. We are very strong in what we believe. We certainly are not going to be intimidated by this.”

Haas said the church is discussing using tithes to increase security and add cameras to their properties.