US Bishops call for dialogue on racism after weekend's mass shootings 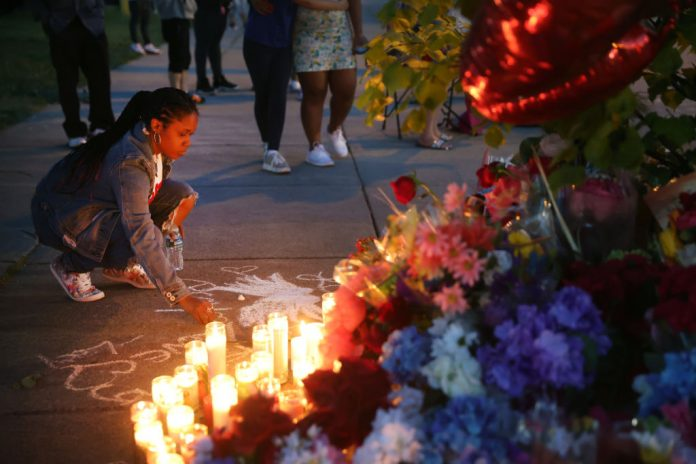 The U.S. Catholic bishops appealed on Monday for “an honest dialogue rooted in Christ” about the “persistent evil of racism” after two mass shootings.

In a May 16 statement, the U.S. Conference of Catholic Bishops (USCCB) said that it continued to “advocate for an end to violence,” citing the Church’s consistent appeals for “rational yet effective forms of regulation of dangerous weapons.”

The USCCB issued the statement after a gunman killed 10 people and injured three others on May 14 at a supermarket in Buffalo, New York, and a shooter killed one person and wounded five others on May 15 at a church in Laguna Woods, California.

Authorities called the mass shooting in Buffalo a racially motivated hate crime and said that the gunman specifically targeted the store because it is located in a predominantly Black neighborhood. Eleven of those shot were Black, while the other two victims were white.

“The U.S. bishops join with others throughout the country in offering prayers for the support and healing of the families, friends, and communities of those impacted by these violent incidents,” said the statement from the USCCB’s public affairs director Chieko Noguchi.

The statement went on: “The bishops again call for an honest dialogue rooted in Christ in addressing the persistent evil of racism in our country. The Catholic Church has been a consistent voice for rational yet effective forms of regulation of dangerous weapons, and the USCCB continues to advocate for an end to violence, and for the respect and dignity of all lives.”

“We pray for and support the healing of the communities impacted and for all the victims of violence and that Christ’s peace be upon all affected.”

The gunman in Buffalo surrendered to police at the scene. The suspect, 18-year-old Payton S. Gendron of Conklin, New York, was taken into custody and charged with first-degree murder.

The gunman is believed to have posted a manifesto online in which he expressed racist, anti-immigrant views and claimed that white Americans were at risk of being replaced by people of color.

The congregation at the Geneva Presbyterian Church in Laguna Woods overpowered and tied up the shooter. The suspect, 68-year-old David Chou of Las Vegas, was taken custody and charged with one count of murder and five counts of attempted murder.

Don Barnes, the Orange County sheriff, said the attack was motivated by a grievance between Chou, a Chinese immigrant and U.S. citizen, and the Taiwanese community, the Washington Post reported.

China views Taiwan, an island nation in East Asia, as a breakaway province. Chinese President Xi Jinping said in October 2021 that he would seek “peaceful reunification” with Taiwan.