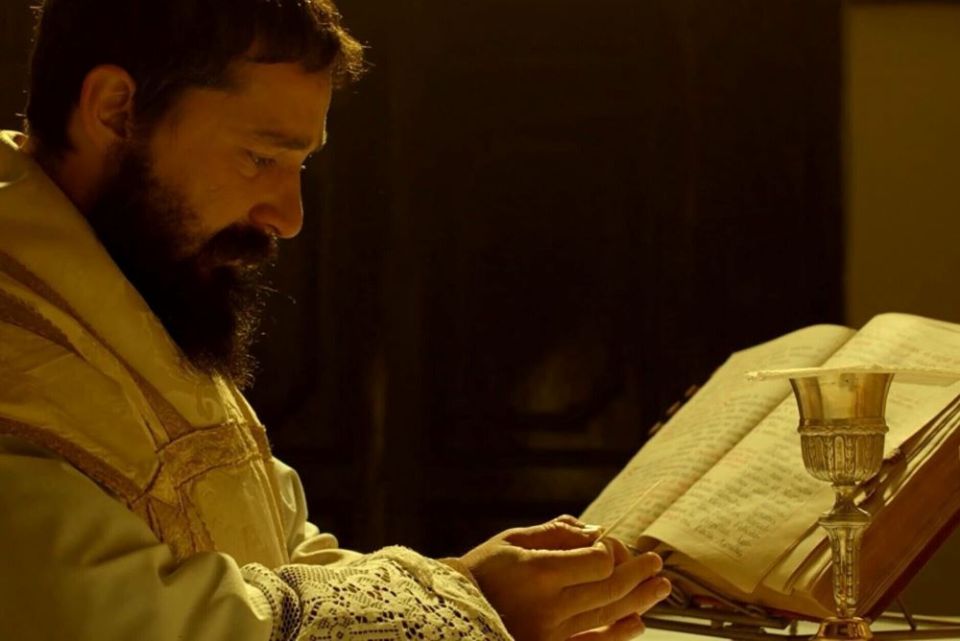 Shia LaBeouf stars as the Italian monk Padre Pio in a film that will screen Sept. 2 at the Venice Film Festival's independently run Giornate Degli Autori. The American actor credits practicing Latin scenes for the film to his conversion to Catholicism. (Giornate Degli Autori/Christian-Mantuan)

ROME — The head of the Vatican's liturgy office says he would welcome a conversation with Hollywood actor Shia LaBeouf, who recently cited the traditional Latin Mass as motivation for his conversion to Catholicism.

"I'd like to know why he thinks that, what is his experience of the celebration of the Mass," said English Cardinal Arthur Roche. "That's what priests do; we try to talk to people."

Roche is one of 20 new prelates elevated to the College of Cardinals by Pope Francis on Aug. 27. He has spearheaded the pope's liturgical reforms, which have included restricting the traditional Latin Mass to limited times, places and celebrants in an effort to facilitate a more unified form of church worship. 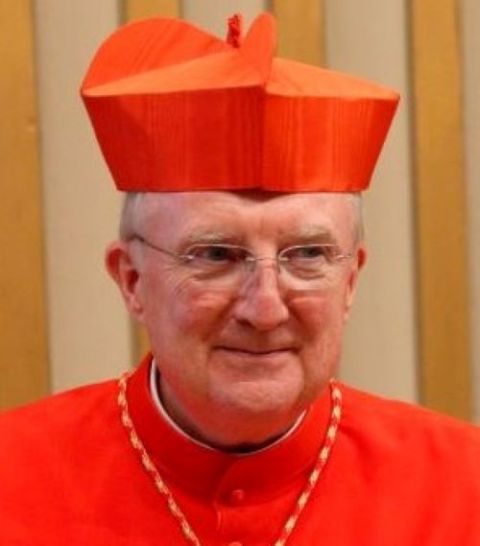 New English Cardinal Arthur Roche, prefect of the Dicastery for Divine Worship and the Sacraments, is pictured at a reception after a consistory for the creation of 20 new cardinals at the Vatican Aug. 27. (CNS/Paul Haring)

LaBeouf is currently playing the titular role in the new film "Padre Pio," which chronicles the life of the popular mystic Capuchin monk, who was canonized by Pope John Paul II in 2002. In the press promotion for the film, LaBeouf, 36, who has a history of domestic violence allegations, says he experienced "genuine emotional experiences" while practicing the Latin scenes for the film, ultimately leading him to seek conversion to Catholicism.

"The Latin Mass affects me deeply," the actor said in a recent interview. "Because it doesn’t feel like they're trying to sell me a car."

In a joint interview with NCR and the UK's The Tablet magazine on Aug. 27, Roche said he was unfamiliar with LaBeouf and the news of his conversion, but said that when it comes to high-profile Latin Mass supporters who publicly extol it as a superior form of liturgy, he hopes they will encounter the same reverence in the liturgy's ordinary form (or Novus Ordo), which has been continually updated since the Second Vatican Council, which took place 1962-1965.

During the interview, Roche also said that he believes much of the resistance to Francis, as has been expressed by a number of Latin Mass adherents, is rooted in opposition to the reforms of the Council.

Vatican II reforms included the approval of the translation of the liturgy into the vernacular, in an effort to make the Mass more accessible and involve greater participation of the laity.

"Reform of the liturgy was an enormous, long preparation prior to the council and the council is the highest legislation that exists in the church," he said. "Once that legislation comes into effect, it's a very serious matter."

"You disregard that and you're really putting yourself sideways towards the edges of the church," he added.

Roche warned against those reluctant to embrace the reforms of Vatican II, describing them as "not only dragging their feet but stubbornly opposing what the church has decreed."

"And that's a very serious matter," he continued. "In the end, people have to ask themselves, 'Am I really a Catholic or am I more of a Protestant?' "