Pope Francis: A world free of nuclear weapons is necessary and possible

In a message read at the First Meeting of States Parties to the Treaty on the Prohibition of Nuclear Weapons, Pope Francis renews his call for an end to war and to the causes of conflict, and reaffirms that the use, and even possession, of nuclear weapons is immoral. 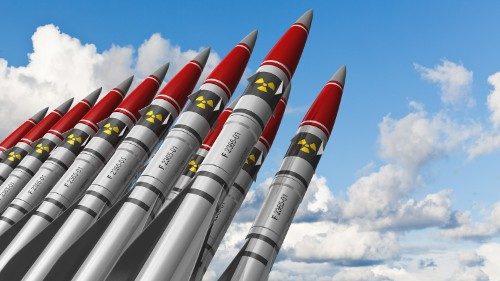 The Treaty, which aims at achieving and maintaining a nuclear-weapons-free world, went into effect in January 2021. To date, 65 states have ratified or acceded to the Treaty, although no nuclear-armed countries have done so.

In his message, which was read by Archbishop Paul Richard Gallagher, the Vatican’s Secretary for Relations with States, Pope Francis says that, while speaking of disarmament “may seem paradoxical to many … we need to remain aware of the dangers of short-sighted approaches to national and international security and the risks of proliferation.”

The Pope, therefore, renews his appeal “to silence all weapons and eliminate the causes of conflicts through tireless recourse to negotiations.” He points out that peace and security, in order to be just and lasting, must be universal; and that we must all be responsible – collectively and individually – for “the well-being of our brothers and sisters.”

A world free from nuclear weapons

Pope Francis says, “The Holy See has no doubts that a world free from nuclear weapons is both necessary and possible,” while denouncing schemes that give a false sense of security based on possession of nuclear weapons and other weapons of mass destruction.

In particular, he expresses doubts about the adequacy of nuclear deterrence in response to modern challenges, while warning of the dangers of accidents involving nuclear arms.

“Nuclear weapons are a costly and dangerous liability.” 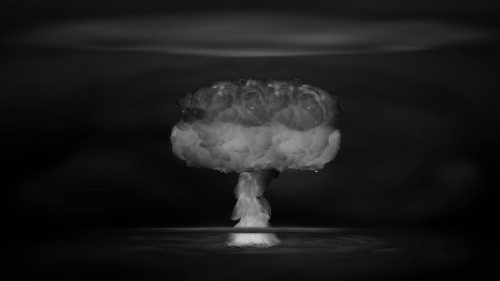 Pope Francis: 'Use and possession of nuclear weapons inconceivable'

The use and possession of nuclear arms are immoral

Once again, Pope Francis affirms that “the use of nuclear weapons, as well as their mere possession, is immoral.” Defending the idea of mutual deterrence, he says, “inevitably ends up poisoning relationships between peoples and obstructing any possible form of real dialogue.”

The Pope warns, too, of the dangers of nuclear weapons being used as a form of “blackmail that should be repugnant to all consciences of humanity.”

In this regard, Pope Francis insists that the process of disarmament must be “thorough-going and complete, and reach men’s very souls.”

Therefore, he says, “it is important to recognize a global and pressing need for responsibility,” both public and personal, involving an examination of conscience as to how individuals and nations can justify the use or possession of nuclear arms.

Pope Francis concludes his message by noting that disarmament treaties, including the TPNW, “are more than just legal obligations. They are also moral commitments based on trust among States and among their representatives, rooted in the trust that citizens place in their governments, with the ethical consequences for current and future generations of humanity.”

He insists that adherence to and respect for international disarmament agreements is a source of strength, not weakness, while encouraging his listeners “to continue along your chosen path of promoting a culture of life and peace based upon the dignity of the human person and the awareness that we are all brothers and sisters.”

Finally, he assures them that, “for its part, the Catholic Church remains irrevocably committed to promoting peace between peoples and nations and fostering education for peace throughout its institutions.”

Posted by Deacon Mike Talbot at 8:42 AM