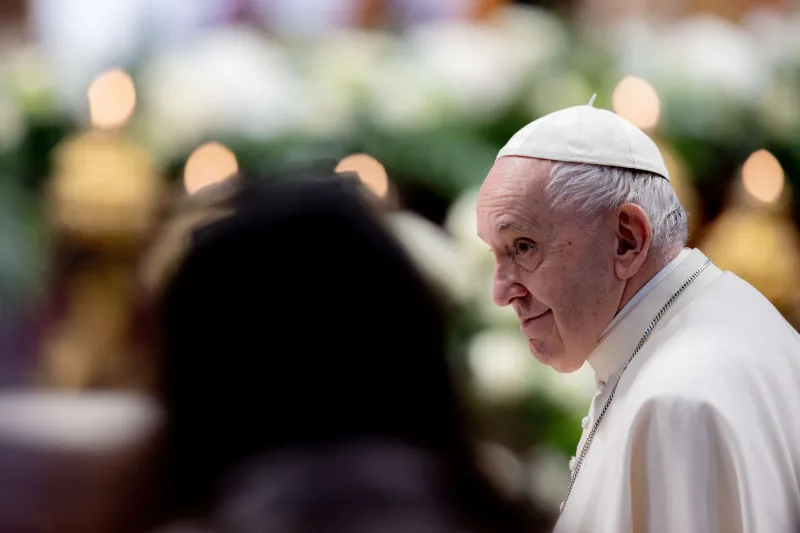 With the next World Youth Day less than a year away, Pope Francis has promised that a pope will be in attendance but joked that it may be “Pope John XXIV.”

Pope Francis told CNN Portugal in a television interview that aired on Sept. 4 that he plans to attend the 2023 World Youth Day, the largest international Catholic youth gathering scheduled to take place in Lisbon next August.

The quip was made after months of speculation in the media that the 85-year-old pope could be close to retirement. Pope Francis told journalists on his return from Canada in July that he is “open” to the possibility of retiring if he discerns that it is God’s will.

Pope Francis did not explain why he guessed his successor could be named Pope John XXIV. He has made this joke several times since he canonized St. Pope John XXIII, the last pope who took the name John, who reigned from 1958 to 1963.

The pope said in the interview that next year’s World Youth Day presents a great opportunity “for the youth from different parts of the world to connect.”

The multi-day gathering, established by St. Pope John Paul II in 1985, is typically held on a different continent every three years with the presence of the pope. At some past World Youth Days, attendance has reached into the millions.

The meeting in the Portuguese capital of Lisbon is scheduled for Aug. 1-6, 2023.

He added: “We must speak with the youth language … They have their culture and a progressive language that goes forward, right? So, you have to listen to them in their way of interpreting things and answer to them in ways that they can understand. I cannot answer to a young person facing a difficulty with an old theology book… They won’t understand … you have to answer them in a language that they understand and according to the experiences they are living, right?”

The CNN Portugal interview, recorded on Aug. 11, also touched on clerical abuse and the war in Ukraine. The second half of the interview is scheduled to air on the night of Sept. 5.

Posted by Deacon Mike Talbot at 11:22 AM