South African Archbishop with good advice for both priests and deacons 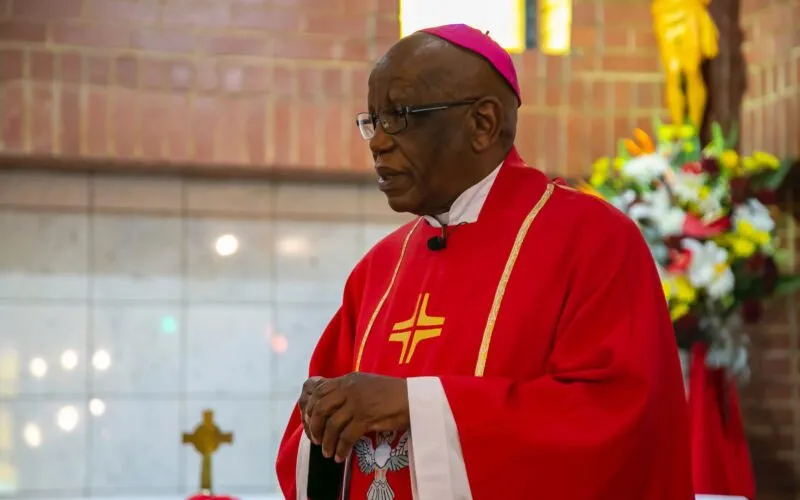 There is need to foster for mutual respect and collaboration between Deacons and Priests in the Catholic Church, shunning “personality clashes” the Archbishop of South Africa’s Johannesburg Archdiocese has said.

In his address at the Annual General Meeting (AGM) of the Permanent Deacons of Johannesburg Archdiocese, Archbishop Buti Joseph Tlhagale also reminded Deacons to be keen on their ministry of service.

“It is important that there be a good working relationship between the Priest and the Deacon. The two should develop a certain style of work, a working relationship, and a sharing of responsibilities,” Archbishop Tlhagale said in the message shared with ACI Africa Tuesday, August 30.

The Local Ordinary of Johannesburg cautioned members of the Clergy against “personality clashes”, saying these “should also be avoided”.

Archbishop Tlhagale added, “Priests should also be careful not to assume an attitude of a boss but rather should see a Deacon as a collaborator, a fellow Cleric. Pulling rank in the event of a misunderstanding should never be entertained.”

He continued, “Deacons are to proclaim the Gospel of Christ, the plan of God's salvation not only in words but by example and personal testimony.”

In his address during the August 20 AGM that was held at Don Bosco Youth Centre Wakerville, Johannesburg Archdiocese, the South African Archbishop called on Permanent Deacons in his Metropolitan See to be of service to all members of “the whole Church”.

“Deacons are pressed upon to serve the whole Church, to serve orphans, to visit the sick by bringing them the Eucharist and to care for the needy and the poor,” said the member of the Missionary Oblates of Mary Immaculate (OMI).

Permanent Deacons need to “take care of migrants and refugees, to perform works of charity thereby becoming witnesses of Christ,” he said, and urged them to provide a “healing ministry” to victims of gender-based violence (GBV).

The 74-year-old Archbishop who started his Episcopal Ministry in April 1999 as Archbishop of South Africa’s Bloemfontein Archdiocese explained, “Domestic violence has become a common occurrence, no, a common curse. What needs to be arrested is the frightening, brutal spectacle of femicide, a definite indicator of a sickening moral depravity of some menfolk.”

“When such incidents happen, families and communities find themselves at the crossroads. Intense feelings of revenge abound. Families are left with anger, frustration and deep scars,” he went on to say, and added, “A sorely needed ministry of healing could be provided by Deacons as well.”

The South African Church leader urged Permanent Deacons to “embrace works of charity with enthusiasm and to work in a coordinated manner with other existing charitable groups to better serve the poor and the marginalized” in their ministry.

“The Pope also draws attention to the teaching that deacons should behave in such a way that, if your ministry obliges you to lay down your lives for a brother, you should do so,” he said, adding that Deacons should be ready to sacrifice “because we are the imitators of Christ who suffered and died for us all”.

In his address, the Local Ordinary of Johannesburg Archdiocese told Permanent Deacons to serve the faithful at the Parish and Diocese levels.

“In practice, Deacons avail themselves to serve at Parish level only, thus depriving the whole Diocese of their accumulated human experience, expertise, pastoral care and spiritual leadership,” Archbishop Tlhagale said, adding, “There is an urgent need for the diaconate ministry to be broadened in order to embrace the challenges that arise at the diocesan level.”