Queen Elizabeth met with 5 Popes in her lifetime (how did she miss Paul XI?) 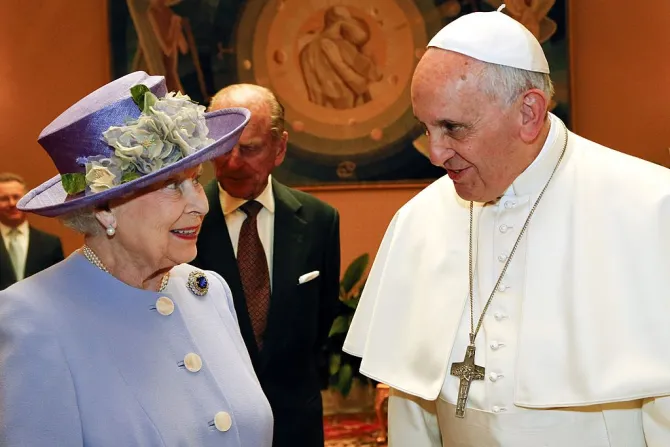 With the Royal Family gathering in Balmoral Castle Thursday amid concerns for Queen Elizabeth II’s health, Catholic bishops in England and Wales have offered their prayers for her and her family.

Queen Elizabeth, who turned 96 in April, is England’s longest-serving monarch, having acceded to the throne in 1952 at age 25 after the death of her father, King George VI. In June, the United Kingdom celebrated Elizabeth’s Platinum Jubilee, marking 70 years as monarch.

Here is a look back at the five popes whom she met in her lifetime:

When Queen Elizabeth II met with Pope Francis at the Vatican in April 2014, she gave the pope a food hamper filled with local delicacies and a bottle of Balmoral whiskey. The meeting marked the 100th anniversary of the re-establishment of diplomatic relations between the United Kingdom and the Holy See.

Pope Benedict XVI’s first meeting during his four-day visit to the United Kingdom in September 2010 was with Queen Elizabeth II in Edinburgh, Scotland. Benedict said it was a “very cordial meeting, characterized by the sharing of several profound concerns for the well-being of the world’s peoples and for the role of the Christian values in society.” 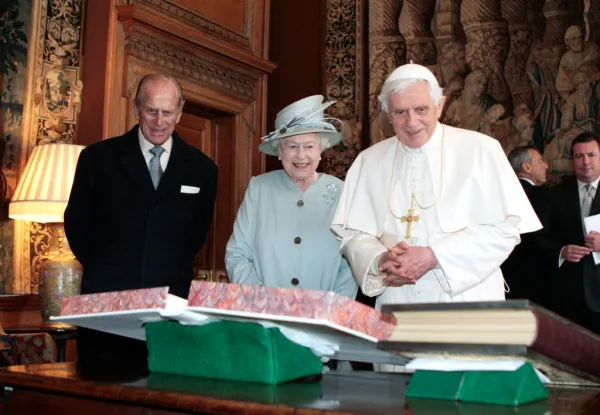 Queen Elizabeth II first met Pope John Paul II at the Vatican together with her late husband, Prince Philip, for an official state visit on Oct. 13, 1980.

In a historic trip marking the first time a pope set foot in Britain, Pope John Paul II visited the queen at Buckingham Palace in May 1982. Nearly 20 years later, the queen traveled to the Vatican for a private meeting with the Polish pope on Oct. 17, 2000. 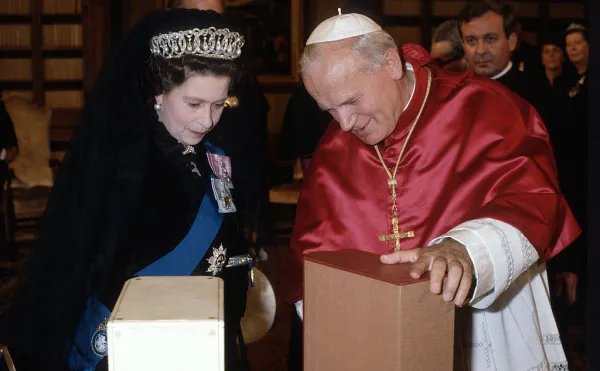 Queen Elizabeth II and Prince Philip had an audience with Pope John XXIII at the Apostolic Palace on May 5, 1961. The pope expressed his “deepest personal esteem” for the queen for bearing “the weight of such vast responsibilities with so much simplicity and dignity.”

One year before Queen Elizabeth II acceded to the throne, she met Pope Pius XII as a princess in 1951. You can watch a video of her visit to Rome below.

Posted by Deacon Mike Talbot at 11:18 AM