Clamoring about ordaining women to the diaconate; Phoebe was a deaconess with no evidence of ordination

She was an early church deacon. Catholic women now want to reclaim her example. 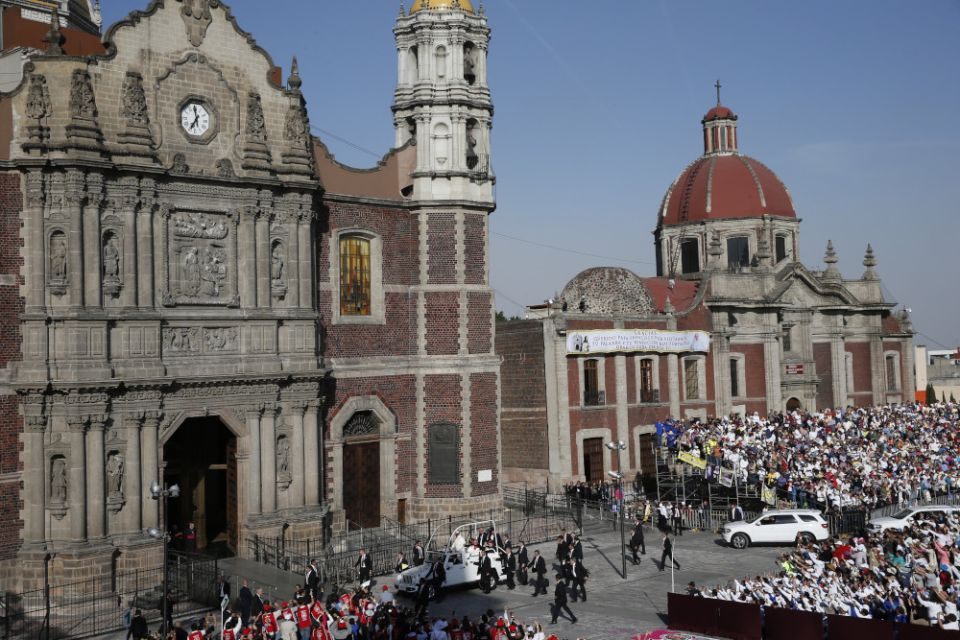 Lisa Amman is a cradle Catholic who attended parish schools through 12th grade and then worked at her St. Paul, Minnesota, church for 15 years.

She would likely never have learned about St. Phoebe, however, had her then-6-year-old daughter, Evelyn, not begun asking questions at Mass one Sunday three years ago.

At one point in the service, Evelyn turned to her and asked, "Why are we here?" Amman recalled.

On Sept. 3, Amman and 55 other pilgrims from four countries gathered in Mexico City at the Shrine of Our Lady of Guadalupe to celebrate St. Phoebe's feast day. In the presence of an archbishop, several priests and nuns and a host of Catholic lay women, the pilgrims honored the little-known saint who makes a solitary appearance in the New Testament's Letter to the Romans as an associate of St. Paul and a female deacon of the early church.

Deacons in today's Catholic Church are ordained clergy who preach and minister in the community but can't celebrate Mass. Like priests and bishops, they are always men. But Amman, a stay-at-home mother of Evelyn and her sister and now the deputy director of engagement for a group called Discerning Deacons, planned to pray for Phoebe's intercession to restore Catholic women to the diaconate.

"Phoebe represents hope and evidence that women have been in service to the church since the beginning," said Amman. "This isn't new. It makes me feel that it can happen in the future."

The prayer service, which was streamed live, opened what Discerning Deacons calls the "Year of St. Phoebe," part of a churchwide consultation process known as the Synod on Synodality. The three-year synod process began last fall as dioceses around the world collected responses from their individual congregations on how to better structure church life. The bishops of each country are now reporting back to Rome on what they are hearing.

Discerning Deacons are hoping the synod, which concludes with a summit of bishops in 2023, might lead to reforms that will welcome women as deacons.

A groundbreaking study by Georgetown University's Center for Applied Research in the Apostolate, or CARA, confirms that more than 70% of young women in the United States were drifting away from the Catholic Church, a much higher rate than men.

Seeing her daughter's crisis of faith, Amman at first considered leaving the Catholic Church. Then she learned about Synod on Synodality and saw in it hope that the church might discern a way forward for women who feel called to leadership positions in the church.

Canon law defines deacons as clergy who minister to the people of God in "word, liturgy and charity." To some extent, women fulfill those roles already but without the ability to minister to people in places, such as immigrant detention centers, hospitals and prisons, that don't allow unordained people to serve. Joining the diaconate would also allow women to proclaim the Gospel and preach during Mass.

As Amman recently learned, until the 12th century, the Catholic Church ordained women deacons. In his Letter to the Romans, Paul introduces Phoebe as a "deacon of the church" and entrusts her to deliver his letter to the Romans.

"I commend to you our sister Phoebe, a deacon of the church in Cenchreae," Paul writes in Romans, chapter 16. "I ask you to receive her in the Lord in a way worthy of his people and to give her any help she may need from you, for she has been the benefactor of many people, including me."

She is the only woman in the New Testament with that title.

While the Catholic Church has not ordained women in 800 years, it has made exceptions where male priests are in short supply. In the Amazon region of northwestern Brazil, Dorismeire Almeida de Vasconcelos, who lives in Altamira, has been the mainstay of the church's social outreach, working with indigenous peoples to help them fight against the deforestation and destructive mining of the Amazon.

Many of the Pan-Amazonian bishops agree. In 2019, they asked the Vatican for a permanent diaconate for women. One of them, Archbishop Roque Paloschi of Porto Velho, Brazil, was to be among the seven-member Brazilian delegation to Mexico City for the St. Phoebe prayer service.

The five-day pilgrimage sponsored by Discerning Deacons included Mass at the Shrine of Our Lady of Guadalupe and visits to the birthplace of Juan Diego and the Mayan pyramids at Teotihuacan.

The pilgrimage also carved out time for testimonies and conversations about how the group might continue to engage with bishops, priests and laity as the synod process unfolds.

"The first step is listening well," said Casey Stanton of Durham, North Carolina, the group's co-director. "It's a new discipline for us — the art of listening well to another and setting aside agendas."

Discerning Deacons formed on Feast of St. Phoebe two years ago. It has since attracted a cadre of Catholic women who have served as Hispanic ministry leaders, youth and young adult ministers, religious sisters, diocesan pastoral staff and community organizers.

Last October, several in the group traveled to Rome for the opening Mass of the Synod on Synodality.

Since then, the group held listening sessions as part of the synodal process, drawing some 9,000 Catholics. In June, it issued a 38-page report reflecting on what it heard — a desire for a female diaconate that works with people on the margins.

Whether that recommendation gains traction is in question. In the U.S., Catholic bishops are more focused on a three-year Eucharistic revival, trying to reignite Catholics' interest in the rite following the failed effort among some of their number to deny President Biden Communion over his support of abortion rights.

Ellie Hidalgo, who is the co-director of Discerning Deacons and was in Mexico City as a pilgrim, said she was realistic about the prospects that the church would change its position on women deacons.

"We realize the restoration of the diaconate is an uphill climb," Hidalgo said. "It's not an easy thing."

But if nothing else, the group wants to lift up the example of St. Phoebe.

"I see elements of myself in her," said Anne Attea, a pastoral associate at Church of the Ascension in North Minneapolis who traveled to Mexico City. "I see her in some of my colleagues. I see her in every mother and grandmother who has helped to pass on the faith."

Posted by Deacon Mike Talbot at 10:35 AM