Isolating and banishing traditionalist; the struggle for those drawn to the Extraordinary Form 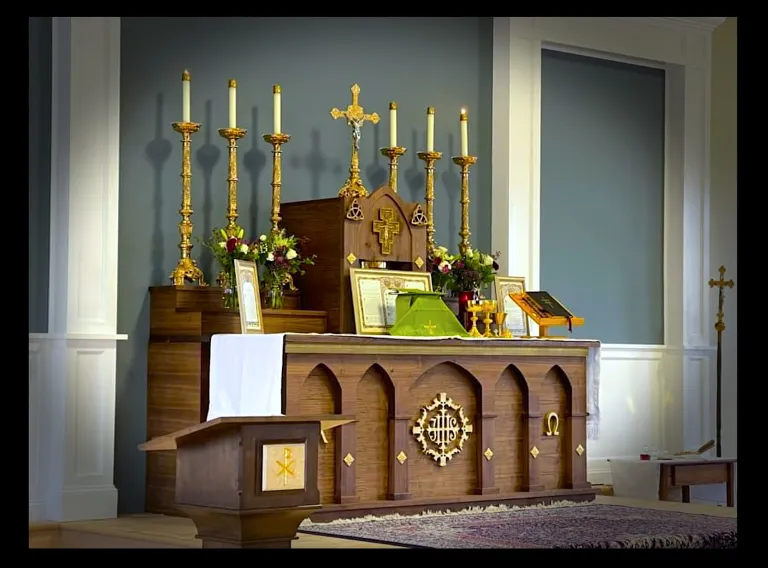 HAVE WORKED in both the Ordinary Form and the Extraordinary Form. Neither is “perfect.” For example, I’ve been involved with TLM communities since 1994 and can affirm that such communities certainly have some bad eggs.1 On the other hand, some Ordinary Form Masses are celebrated with such monstrous irreverence it can damage one’s faith. If the celebrant truly believes JESUS CHRIST is present—Body, Blood, Soul, and Divinity—it’s difficult to understand why any priest would allow such disrespect. And I’m not just talking about the recent bikini Mass. Moreover, the musical selections for the Ordinary Form are frequently profane, goofy, and embarrassing. If we truly believe the SECOND PERSON OF THE BLESSED TRINITY is present, why do we allow such things?

15th Anniversary • As we mentioned when speaking about a hymn for 14 September, today is the 15th anniversary of SUMMORUM PONTIFICUM. In the 2007 accompanying letter to Summorum Pontificum, Pope Benedict XVI declared: “What earlier generations held as sacred, remains sacred and great for us too, and it cannot be all of a sudden entirely forbidden or even considered harmful. It behooves all of us to preserve the riches which have developed in the Church’s faith and prayer…”

Isolation Camps? • During WW2, Franklin D. Roosevelt forcibly placed Americans of Japanese descent into “isolation camps,” in spite of the fact that many Japanese-Americans fought (and died) as United States soldiers. These days, nobody defends FDR’s actions toward Japanese-Americans, especially because it made them feel like traitors. Sadly, similar things are happening in the Catholic Church. Arthur Cardinal Roche wrote a letter (4 December 2021) saying that “Summórum Catholics” are supposed to be ostracized until they learn to prefer the Missale Recens.

No Action Too Petty • No action is considered too ‘petty’ by Cardinal Roche. For example, Roche says that EF celebrations should be omitted from the parish bulletin! The Sacrifice of Calvary is considered “banned” from the parish bulletin—can you imagine? And Roche says in his declaration that ‘normal’ Catholics need to make it clear to “Summórum Catholics” they belong at the bottom of the totem pole. For instance, §13 of his letter tells ‘normal’ Catholics to give every single “parish activity” of theirs a higher priority than Holy Mass in the EF.

Bishop Michael F. Burbidge • Bishop Burbidge recently decided to publicly punish Catholics who take seriously the words of Benedict XVI cited above. Bishop Burbidge, for instance, has removed the SANCTISSIMUM from churches, placing Our Lord into ‘interment camps’ such as gymnasiums. But just look what Catholics did in response! They made their gymnasium look beautiful (as shown in photographs taken by D. McConnell), and the attendance is standing room only:

Bishop Burbidge’s Flock • These families support the Catholic Church financially. Why are they being punished by Most Rev. Burbidge in this way? Is this the “accompaniment” which Pope Francis has so frequently called for? I invite Bishop Burbidge to contact me and explain why such a punishment was necessary in light of the following:

“Unity does not imply uniformity; it does not necessarily mean doing everything together or thinking in the same way.” —Pope Francis (31 October 2014)

“Wherever any minority is persecuted and marginalized because of its religious convictions or ethnic identity, the well-being of society as a whole is endangered, and each one of us must feel affected.” —Pope Francis (24 October 2013)

“Be open to acceptance, and hence to the value of inclusion. Don’t let yourselves be drawn into short-sighted ideologies that want to show others (those who are different from ourselves) as enemies.” —Pope Francis (6 July 2022)

“The Holy Spirit does not want closedness; He wants openness, and welcoming communities where there is a place for everyone. […] We are called to build an increasingly inclusive world that excludes no one.” —Pope Francis (26 September 2021)