The soon to be Cardinal McElroy of San Diego 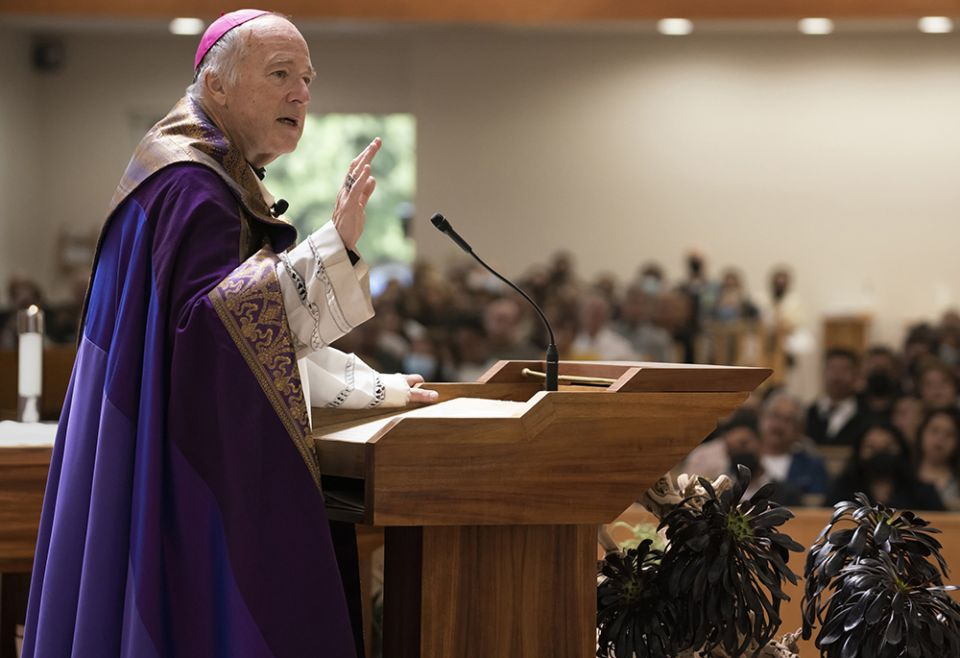 ROME — Contrary to recent remarks by some U.S. Catholic leaders, Cardinal-designate Robert McElroy of San Diego believes Pope Francis has a "deep" understanding of the church in the United States.

"When I speak with him, he has a rather granular knowledge of a number of the topics that he'll bring up," said McElroy. "Does he know everything about the church in the United States? No. Does he have a wide-ranging level of knowledge on a deep level of fundamental issues and many particular issues, yes. Yes, he does."

The California bishop is one of 20 men Pope Francis will elevate to the rank of cardinal at an Aug. 27 ceremony at the Vatican, 16 of whom are under 80 and eligible to vote in a future papal conclave.

Ahead of receiving the traditional red hat given to cardinals, McElroy spoke with NCR on Aug. 25 at the Pontifical North American College, the major residence of U.S. seminarians studying for the priesthood in Rome.

In July, Archbishop Joseph Naumann of Kansas-City, Kansas, said he believed Pope Francis "doesn’t understand the Church in the U.S"  — a sentiment later repeated by the former top government relations official of the U.S. bishops' conference, who added that he believes Francis is doing "harm"  to the U.S. church.

McElroy rejected that characterization, saying that in his adult life, he has lived under five pontificates and the charge that the pope doesn't understand the U.S. is a common refrain. 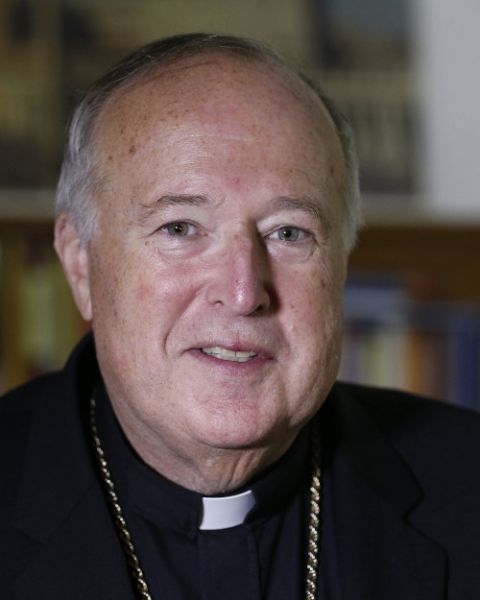 Bishop Robert McElroy of San Diego is pictured after an interview with Catholic News Service in Rome Oct. 27, 2019. (CNS/Paul Haring)

"There are always people who are going to be critical of certain stances the pope takes," he said. "And to some degree, that's a legitimate part of the life of the church. But there's a question as to when that gets to a corrosive point."

In a range of public interventions among his fellow bishops, interviews and speeches over the last decade, he has frequently echoed the pope's prioritization of environmental concerns, calls for economic justice and the need for the church to offer a greater welcome to LGBTQ persons. He also has warned against the "weaponization" of Communion for political ends.

While these stances have at times put him at odds with some U.S. bishops, Francis announced on May 29 that he would be elevating McElroy to the College of Cardinals, once again passing over the more conservative leaning Archbishop José Gomez of Los Angeles, an archdiocese that has historically been led by a cardinal.

McElroy said that he sees his new responsibility as a cardinal as two-pronged: to point to the universality of the global Catholic Church and to be in union with Peter — the pope — as the center of the church.

U.S. church leaders, he said, "tend not to see ourselves as part of a global community very often."

As a cardinal, McElroy says the invitation he has been given is to help expand the U.S. church's global vision.

"That's a very heavy lift in the United States," he added. "We tend to look at things through an American lens through a deep degree."

McElroy has been at times critical of the U.S. bishops' priorities or Catholic media networks like the U.S.-based Eternal Word Television Network for failing to embrace Pope Francis' pastoral priorities.

In February 2017, less than a month after former President Donald Trump was sworn into office, McElroy gave a fiery address at the U.S. regional meeting of the World Meeting of Popular Movements, which cemented his national reputation as a church leader unafraid to not mince words in his assessment of the church or political life.

"President Trump was the candidate of disruption," he said at the time. "Well now, we must all become disrupters," then challenging those in attendance to become "rebuilders in solidarity" in the spirit of Pope Francis by championing the issues of the environment, economic disparities and the plights of migrants, refugees and workers.

When asked in what ways he has been a disrupter in church life — and how he would like to be a rebuilder — McElroy noted that the concept of a disrupter was used to invoke entrepreneurs in California's Silicon Valley who have disrupted typical practices of doing business as usual.

And again he invoked Pope Francis as his model.

"I really think the concept of changing the patterns of ways of doing things is really what Pope Francis is trying to do with the church in certain key ways," he said.

He also pointed to Francis' image of the church as a "field hospital" tending to the physical, emotional and spiritual needs of the world and the pope's emphasis on pastoral theology, which he described as Francis' most important contribution to the church.

Francis' approach to theology, said the cardinal-designate, offers the ability "to respect the questions of doctrine and dogma, and, of course, Scripture, and yet to see that the key element of that is the application of the Gospel to people's real lives and that that is as important an endeavor as coming to the truth in and of itself in an abstract way."

Yet despite McElroy's admiration for the pope, his chief duty as cardinal will be to one day cast a vote for Francis' successor.

While he said that in terms of Francis' reforms — or any reforms in the life of the church — "virtually nothing is irreversible," he expressed confidence that what has been set in motion will continue long after the end of this papacy.

"Some of these new patterns of synodality, the emphasis on pastoral theology, and the field hospital," said McElroy, "I hope and believe they have taken root in the life of the church at a deep level and they will be sustained after the next pope is elected."

He then added: "But I hope and pray that it will be a long time before I have to sit in the Sistine Chapel."