Looking into the future at the next Papal Conclave

A question of ‘delicate balance’: How might Pope Francis reform the rules of the conclave? 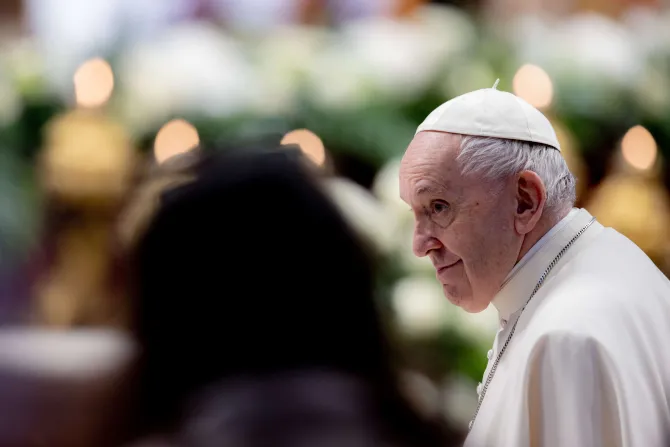 Who will manage the Vatican when a pope resigns, is unable to govern, or passes away? And according to which rules and regulations?

In addition to the apostolic constitution Praedicate Evangelium, one of the great topics of discussion for the next consistory will likely be new legislation for the sede vacante, the election of the pope, and the definition of the role of the pope emeritus.

These debates were sparked by the announcement of Pope Francis’ trip to L’Aquila for the Celestinian Forgiveness — a journey that increased rumors of a possible resignation by the pope.

However, a reform of the vacancy regulation is simply necessary. The new apostolic constitution abolishes the Apostolic Camera, which was entrusted with managing the administration of the Holy See during the vacant see. Therefore the regulations will have to be updated to include the new method of managing the Holy See in the period without the pope.

The resignation of Benedict XVI and the debate that followed raised another question: How to proceed in the event of an impeded seat — in other words, when a pope might be objectively unable to govern?

This is a crucial issue, given medial progress that allows those with severe illnesses, such as Alzheimer’s disease, to live for many years. If a condition of this type strikes the pope, what should be done?

Will the pope resign?

Geraldina Boni, professor of canon law at the University of Bologna, leads an international research group at the same university that aims to propose Vatican legislation in cases of impeded office and to regulate the office of the pope emeritus.

A consultant of the Pontifical Council for Legislative Texts since 2011, Boni has authored a book on some of the issues raised by Pope Francis’ legislative approach — titled in English “The Recent Normative Activity of the Church: The End of the World for the Canon Law?”

Speaking with CNA, Boni does not want to make any predictions about a possible resignation of the pope. At the same time, she stresses that “since it is no longer inconceivable for a pope to resign, since his predecessor ‘opened a door,’ as Francis himself said, this situation must be regulated, possibly together with that of possible cases of serious difficulties relating to the person of the successor of Peter that prevent him from fulfilling his office.”

Cardinal Oscar Andrés Rodriguez Maradiaga, president of the Council of Cardinals, also declared on May 5 that the question of renunciation was a topic only mentioned during the working sessions of the council, but that what the Code of Canon Law provides for the pope’s resignation will have to be more comprehensively regulated.

“It seems to me to be the first time that, at these levels, regulatory urgency is recognized on this specific point,” Boni noted.

Boni speculates that the Jesuit Father Gianfranco Ghirlanda, a canonist very close to Pope Francis, has been entrusted with studying some possible reforms. Ghirlanda will be created cardinal in the consistory of Aug. 27.

New norms for the pope’s renunciation?

Boni points out that “these are issues that the authoritative canonist knows: In December 2021, we were both speakers at a relevant Italian conference in which the renunciation was also discussed from the point of view of canon law, and which took place in L’Aquila.”

On that occasion, she said, “Father Ghirlanda also admitted the opportunity of canonical legislation for the case of total mental illness of the pope or a pope kept alive with drugs and technological equipment, exactly as proposed by the group I belong to.”

The research project on pope emeritus and the impeded seat proceeds through the discussion of scholars.

Boni remembers that the National Conference of the Italian Association of Italian scholars of canon and ecclesiastical law (ADEC), which will take place in Turin starting on Oct. 5, 2022, will reflect on proposals and other contribution that juridical science can bring to the formation of the laws of the Church.

As regards a possible reform project of the vacant see or the norms of the conclave, Boni stresses that “adjustments are urgently needed concerning Praedicate Evangelium and its effects on the Roman Curia. Unquestionably, the legislation of the election of the pope is attributable to human law and has been rewritten by the canonical legislator over the centuries through numerous interventions, which gradually took into account the needs and emerging problems.”

For this reason, she does not exclude that “Pope Francis, like his predecessors, could launch a reform of the conclave. However, as can be guessed, it is a very sensitive and delicate matter, which requires extreme caution.”

The role of pope emeritus

Among the hypotheses circulated but not confirmed, Boni firmly excludes the possibility that a pope emeritus could participate in the general congregations. A retired pope could also not be involved in the preparation of the conclave, she said.

“The presence of popes emeritus in ‘proximity’ to the conclave or any case in contact with the electors could damage and seriously compromise the freedom of choice on the part of the cardinals; even the mere suspicion of interference should be avoided,” Boni said.

Boni stressed that “guaranteeing such freedom from external pressures, but also only from undue suggestions, has always been a constant concern of the canonical legislator.” Benedict, she noted, confirmed this approach by remaining “rigorously extraneous to the conclave for the election of his successor.”

Another theme is that of a reform of the General Congregations, the pre-conclave meetings. There are rumors of that, too, but nothing is confirmed.

In principle, “the elimination of the General Congregations would imply the exclusion from the crucial confrontations that precede the choice of the new pope of cardinals over 80, who, as is well known, no longer enjoy the right to vote for the successor of Peter.”

She added that “this last norm, introduced by Paul VI with the motu proprio Ingravescentem aetatem of 1970, was, among other reasons, an expression of the desire to cut off from the election of the Roman Pontiff those elderly cardinals, formed before Vatican II — also with the preference expressed to a candidate linked to the pre-conciliar mentality — who could have hindered the implementation of the novelties of this Council.”

However, she opined, “this reason no longer exists. Indeed, many of the cardinals who have passed that age threshold have fully experienced the ‘effervescent’ season of the ’60s and ’70s of the last century and are certainly not conservatives.”

For this, Boni suggests abrogating the norm of non-participation in the conclave and finds it “unjustified” that they can also be excluded from the general congregations.

Boni noted that also “the fixing of a majority of two-thirds of the votes of cardinals for the election of the pope is a strategic rule — issued by a great jurist pope in 1179 — of great balance, restored (albeit with some corrections) by Benedict XVI precisely given its importance under different profiles.”

The main reason, Boni said, is “that a very high consensus converges on the name of the pope (inspired by the Holy Spirit), as representative of the entire Christianity of which the cardinals are ‘spokespersons.’ Strong reasons would be needed to change this rule and, moreover, to touch the delicate balance of the conclave.”