Pope Francis reiterates his firm condemnation of widespread violence in Mexico that nurtures pain and suffering, and expresses his sorrow for the murder of two Jesuit priests and a layperson.

“I express my sorrow and dismay at the killing in Mexico, the day before yesterday, of two religious, Jesuit brothers of mine, and of a layman.”

Pope Francis uttered these words of grief in his greetings at the Wednesday General Audience.

He condemned widespread violence in Mexico, following the murder on Monday of two Jesuit priests who were slain in a church in the north of the country, together with a layman. 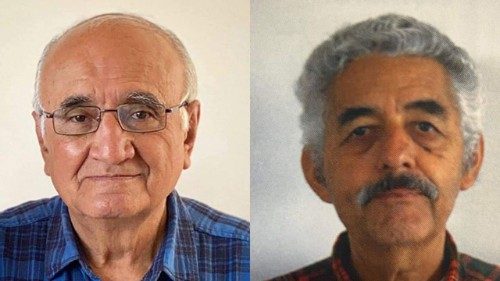 They were apparently killed after a man fleeing armed individual took refuge in the church, authorities said. The armed person reportedly pursued and caught up with the man, killing him along with the two priests.

The Pope decried the many killings that take place in Mexico, and said “I am close, with affection and prayer, to the Catholic community affected by this tragedy.”

“Once again, I repeat that violence does not solve problems but increases unnecessary suffering.”

In a statement released after the murder, the Mexican Province of the Society of Jesus demanded justice and the return of the priests’ bodies, which were removed by the armed men.

The slayings were not an isolated event, the Jesuits said. “The Sierra Tarahumara, like many other regions of the country, suffers violence and neglect.”

“Every day men and women are arbitrarily slain, just like our brothers.”

The local Jesuits said that they will not remain silent in the face of this reality that is harming the society and will continue to be present and work for justice, reconciliation and peace through pastoral, educational and social works.

The Mexican Jesuits concluded their statement by expressing hope that the testimonies of the Christian lives of Frs. Campos and Mora will continue to inspire men and women to give of themselves in service to the most unprotected in society.