Plans announced for the Pope's trip to Congo and South Sudan

The Vatican releases the official programme of Pope Francis' 37th Apostolic Journey abroad, which takes him to the Democratic Republic of Congo and South Sudan from 2 to 7 July.

An intense programme with few moments of rest awaits the Pope as he travels, from 2 to 7 July, to the Democratic Republic of Congo and South Sudan, where - fulfilling a wish expressed years ago – is due to undertake an "Ecumenical Pilgrimage of Peace", together with the Archbishop of Canterbury, Justin Welby, and the Moderator of the General Assembly of the Church of Scotland, Iain Greenshields.

According to the official schedule released by the Holy See Press Office on Saturday, the Pope’s 37th Apostolic Visit abroad is scheduled to begin on Saturday, 2 July, when he departs from Rome at 9:30 am.

A six-and-a-half-hour flight will take him to Kinshasa’s "Ndjili" International Airport where, after an official welcome, he will go to the "Palais de la Nation" for the welcoming ceremony, a courtesy visit to President Félix Tshisekedi and a meeting in the Palace garden with the authorities and the diplomatic corps, to whom he will deliver the first speech of the trip.

Day one will conclude with what has become a customary private meeting with members of the local Society of Jesus at the Apostolic Nunciature.

Logo and motto of Pope's journey to Democratic Rep. of Congo released

Mass and meeting with clergy in Kinshasa

The second day of the trip, Sunday, 3 July, foresees Holy Mass at 8 am at Ndolo Airport in Kinshasa, after which the Pope will recite the Angelus. In the evening, he will meet with bishops, priests, religious, and seminarians at the Cathedral "Notre Dame du Congo."

On 4 July, the Pope will travel by plane to the city of Goma in North-Kivu, a province in the far east of the country, an area in which clashes between the armed forces and militant groups have killed thousands and caused millions of people to be displaced.

He is scheduled to arrive in Goma at 10:15 am. At noon the Pope will celebrate Mass at the Kibumba refugee camp.

During the afternoon he is set to meet with victims of violence in Beni. This is the second-largest city in North Kivu, plagued by the Ebola epidemic and by natural disasters, and numerous episodes of violence against civilians and other atrocities, such as kidnappings and lootings, as well as extra-judicial executions, committed by militias and by the army.

Pope Francis will spend over an hour with the victims in the Reception Center of the Diocese of Goma, then at 6.30 pm, he will head to the airport to return to Kinshasa. 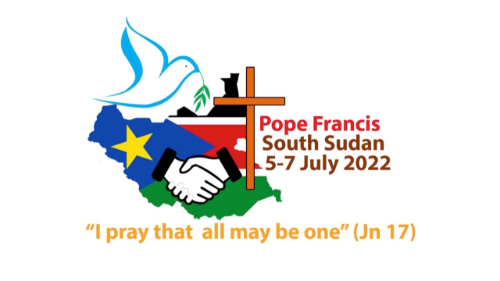 The Pope takes leave from Kinshasa the following day, Tuesday, 5 July, when he flies to South Sudan, heading for Juba, the capital.

First, however, the Pope will meet young people and catechists in Kinshasa’s “Martyrs' Stadium” followed by a farewell ceremony at the city’s "Ndjili" Airport, where he will depart, together with Archbishop Welby and Reverend Greenshields for Juba, where he will land around 3 pm.

His first stop in South Sudan’s capital city is at the Presidential Palace for a courtesy visit to President Salva Kiir, who had been welcomed by the Pope in April 2019 to Santa Marta together with the highest South Sudanese religious and political authorities for an ecumenical spiritual retreat, aimed at invoking the gift of peace in a country battered by a bloody civil war.

The penultimate day of the trip, Wednesday, 6 July, will kick off with a visit to displaced persons at the "Internally Displaced Persons Camp" in Juba, at 8:45 am.

Following that, the Pope will meet privately with South Sudanese Jesuits in the Apostolic Nunciature. In the afternoon he will address South Sudanese bishops, priests and religious in St. Theresa's Cathedral.

At 6:30 pm he will participate in an ecumenical prayer service at the "John Garang" Mausoleum, a memorial dedicated to the late leader of the Sudan People's Liberation Movement/Army and Sudan's first vice president after the peace accords.

Mass and departure for Rome

That same Mausoleum, a place of remembrance, commemoration and political meetings, has been chosen as the venue, on the morning of 7 July, for the celebration of the last Mass of the papal visit.

Pope Francis will then travel to the Airport for the farewell ceremony, and is scheduled to depart for Rome at 11:15 am with arrival at Rome’s Fiumicino airport at 6:05 pm on the same day.