Nun with ties to New Orleans kidnapped in west Africa 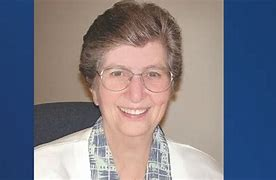 The bishop did not know the identity of the kidnappers. Militant groups, some with links to al Qaeda and Islamic State, have taken over large swathes of territory in Burkina Faso and conduct frequent attacks on the army and civilians. A Canadian was found dead after a kidnapping there in 2019.

The nun was named in a statement as Suellen Tennyson, of the Catholic congregation Marianites of Holy Cross. She was kidnapped on Monday night in the parish of Yalgo, part of the diocese of Kaya, where she had been serving since 2014, it said.

"Sister Suellen Tennyson was taken to an unknown destination by her kidnappers who, before leaving, vandalised rooms (and) sabotaged the community vehicle which they tried to take," Kaya Bishop Theophile Nare said in the statement.

The U.S. Embassy in Burkina Faso said in a statement that it was aware of reports of a U.S. citizen missing.

"U.S. Embassy Ouagadougou is working diligently with local authorities to verify these reports and is monitoring the situation. We stand ready to provide all appropriate consular assistance," it said.

Burkina Faso's ruling military junta has said security is its top priority and this week presented a new plan to reorganise and reinforce army operations against the militants.