A new Bishop for Columbus Ohio 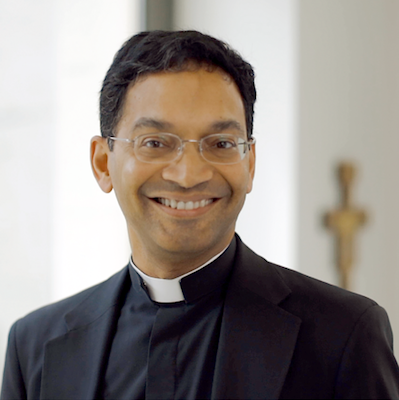 HE Msgr. Earl K. Fernandes was born on 21 September 1972 in Toledo (Ohio), in the diocese of the same name. He attended the University of Toledo where he obtained his Baccalaureate in Biology. He completed his ecclesiastical studies at Mount Saint Mary’s Seminary of the West in Cincinnati (Ohio). Later he studied at the Alphonsian Academy in Rome, obtaining a Doctorate in Moral Theology (2004-2008).

He was ordained a priest on May 18, 2002 for the Metropolitan Archdiocese of Cincinnati.

After his ordination he held the following positions: Parish Vicar of the Holy Angels Parish (2002-2004), Dean and Assistant Professor of Moral Theology at Mount Saint Mary’s Seminary of the West (2008-2016) and Administrator of the Sacred Heart Parish in Cincinnati (2014-2016); Collaborator at the Apostolic Nunciature in the United States in Washington DC (2016-2019) and from 2019 until now Parish Priest of Saint Ignatius of Loyola Parish in Cincinnati. In addition, he is a member of the Board of Trustees of Pontifical College Josephinum in Columbus (Ohio).