Culture of care and hospitality central to Pope's Malta visit

Pope Francis sets off on his 36th Apostolic Visit abroad to the Mediterranean island nation of Malta this weekend, 2-3 April 2022. Amongst the highlights are a visit the Grotto of St. Paul whose ship washed up on Maltese shores in 60 A.D., and a meeting with refugees.

Pope Francis’ imminent visit to the Mediterranean island nation of Malta, after having been postponed in March 2020 due to the coronavirus pandemic, is set to take place this weekend.

The Director of the Holy See Press Office, Matteo Bruni, on Tuesday, presented the 2-3 April 2022 Apostolic Trip to the archipelago. The visit marks the Holy Father’s 36th trip abroad, to the small nation, 90 percent of whose population according to a 2018 survey, professes to be Catholic. 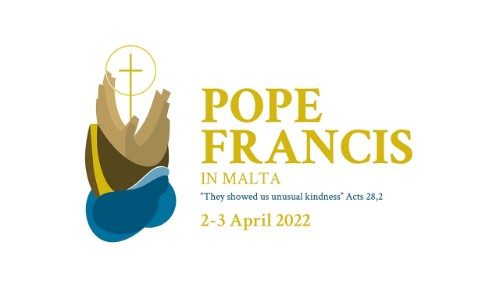 Pope in Malta to pray, meet authorities and migrants

The Journey’s theme is ‘They Showed Us Unusual Kindness’ (Acts 28:2) and highlights the plight of migrants crossing the Mediterranean toward Europe as well as promotes evangelization in the country. The visit’s logo shows open hands from a ship reaching out toward a Cross.

The theme also recalls the hospitable and warm welcome St. Paul received in 60 A.D., when his boat was shipwrecked and washed upon the shores of Malta. Matteo Bruni  recalled that Pope Francis dedicated the January 2020 General Audience catecheses to the welcome of St. Paul by the Maltese.

While in Malta, the Holy Father will travel to the cities of Valletta, Rabat, Floriana and the island of Gozo. He will give five discourses during the course of the visit in Italian. The entire visit, other than private encounters, can be watched on Vatican Media, through the Vatican News website, YouTube, Facebook and on Vatican Media live feed, with English-language commentary.

As Pope Francis usually does during his Apostolic Journeys, he is also scheduled to have a private meeting with fellow Jesuits. The text of that conversation will be released at a later time.

A major highlight of the trip will include Pope Francis’ visit to the Grotto of St Paul at the Basilica in Rabat, where - through a moment of prayer that will see him going down and entering the Grotto - he will commemorate the ‘Apostle of the Peoples’ shipwreck on the island nearly 2,000 years ago. Another important moment will be the Pope’s meeting with refugees at the Giovanni XXIII Peace Lab Center for Migrants in Hal Far.

During his first day, after meeting with civil authorities, the Holy Father will board a catamaran to the island of Gozo from the capital, La Valletta, where he will preside over a prayer meeting at the National Shrine of Ta' Pinu and give a homily. He will return by ferry to the island of Malta before transferring to the Apostolic Nunciature, where he will reside during his overnight visit.

The Director of the Holy See Press Office also told the press that Cardinal Mario Grech, the General Secretary of the Synod of Bishops, who is Maltese and was bishop of Gozo, from 2005 to 2019, will be part of the Pope’s entourage for this Apostolic Journey.

As far as whether the Holy Father will speak on war, in light of the ongoing war in Ukraine, the Director of the Holy See Press Office suggested that “it would be difficult to not take the war into account in this moment.”

Matteo Bruni noted how the trips’ focus on welcome and hospitality takes on heightened meaning as countless refugees are fleeing from devastated Ukraine as the war wages into its second month.

The Holy Father is expected to hold a brief press conference while on the plane returning to Rome, despite the brevity of the return flight.