National Vocations Week and the battle of dissatisfaction

National Vocations Week and the problem of ‘dissatisfied’ priests 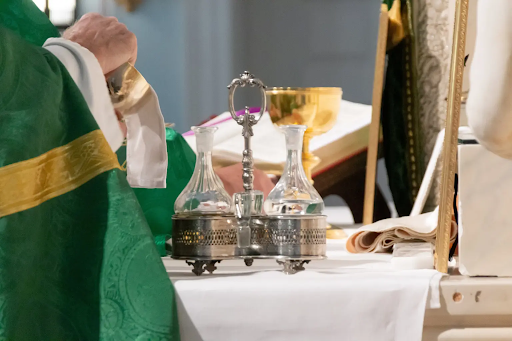 [Editor’s Note: Father Thomas Berg is professor of moral theology and director of seminarian admissions at St. Joseph’s Seminary in Yonkers, New York. In addition to his scholarly work in bioethics and moral theology, he has been a frequent public commentator on issues relating to the Catholic Church.  In the past several years, he has frequently addressed issues relating to the clergy sexual abuse crisis, the renewal of Catholic seminary formation, and the accompaniment of survivors of abuse. He is the author of Hurting in the Church: A Way Forward for Wounded Catholics (OSV, 2017). He spoke to Charles Camosy.]

Camosy: November 7th through 13th is national vocations week for the Catholic Church in the United States. Though in some ways you live this question every day by serving the Church at St. Joseph’s Seminary, maybe this week provides an opportunity to take a bird’s eye view. How do you feel, generally speaking, about vocations to the priesthood in the United States?

Berg: The men coming into seminary in the past decade, by and large, are receiving a much more thorough, well-integrated and effective formation and preparation for ordination than has been historically on offer in seminaries. These years of dealing with the aftermath of clergy sexual abuse crisis has forced a profound overhaul not only in the screening and selection of candidates but in the accompanying, mentoring and especially the human formation of seminarians.  So, on the one hand, I am optimistic about the formation seminarians are receiving in most of our seminaries.

My concern is that they are being ordained into an ecclesial regime that is not sustainable going forward as the number of active priests in ministry will continue to decrease due to death, retirement, and an attrition rate among able-bodied priests who abandon the ministry for different reasons. This latter factor will continue to be significant going forward. So, most dioceses are going to be forced into a strategic reorganization of parish life. This could, however, have the very beneficial result of concentrating more priests to live together in rectories albeit in the service of a drastically reduced number of parishes.

Your main concern is formation of seminarians and perseverance of the newly ordained. How do you feel, generally speaking, about these processes in the Catholic Church in the United States?

While I am optimistic about the quality and effectiveness of the formation being offered, I am concerned about long-term perseverance in ministry. This is an endemic challenge amongst recently ordained priests to which the bishops need to give much more urgent attention. A recent CARA study of over one thousand Catholics priests ordained between 2011 and 2018 was revealing. Of these recently ordained priests — the vast majority of whom entered seminary with the best intentions in the world and longing to give their lives in service of Christ and the Church — fully 1 in 5 reported being unsatisfied in their lives as priests: 6 percent “somewhat dissatisfied” and 13 percent “very dissatisfied.”That’s a big problem, and we need to address it much more effectively.

The report suggested that the causes of the dissatisfaction are multiple and depend of course on the individual: Going into ordination with a lack of realism about priestly life “on the ground”; sensing a lack of support from those in leadership in the diocese (“no one ever called to ask me how I was doing”), being subjected to unrealistic and impossible demands on their time, being made pastors of parishes—often multiple parishes—far too soon and feeling simply overwhelmed by the responsibilities and demands placed on them. More than just offering these men mentorship and accompaniment in their first years of priesthood, we need help them keep the basics in place in their lives as priests: Healthy friendships, priestly fraternity, regular spiritual direction, attention to their own spiritual and emotional needs, and upkeep of healthy lifestyle.

My general sense, though it is really anecdotal rather than based on objective data, is that many or even most of the guys have wonderful community while being trained in seminary–but then have a dramatic shift when they enter their first parish and often end up extremely lonely. Does this sound basically right? If so, what can we do as Church to help form a healthy community around our priests?

That, unfortunately, is exactly right in too many instances. Now, sometimes, it is the priest’s own fault. For different reasons, you can have this phenomenon of priests, especially recently ordained, and often international priests, who fall into isolation as a coping mechanism for the challenges of ministry. In addition to loneliness, it might be the case that they’re faced with difficult personalities in the parish, and or they might have a difficult relationship with their pastor. And self-isolation is their answer. But that’s always a bad answer and can often be the beginning of the end of their priestly ministry.

Another problem we see, especially among the recently ordained: They are often tempted to wear their busy-ness as a badge of honor, and it becomes their excuse not to find time to get together with priest or lay friends. How to help them find healthy community? A huge responsibility rests with pastors to really strive to create a parish culture and an atmosphere in the rectory in which genuine Christian charity, kindness, and goodness are operative and dominant. But much of the responsibility rests with the individual priest. We try to inculcate in the men being ordained that they have to move into priesthood with a “support group” already in place in their lives: a solid group of priest and lay friends — genuine friends, not mere acquaintances — who will be in the position to support, reach out, and when necessary, to challenge a priest, calling him to on-going conversion, to perseverance, and to holiness. Beyond that, there are endless, often simple ways that the lay faithful in our parishes can reach out to express their support, love, and appreciation for their priests, especially the newly ordained.

For many “people in the pews” it can be intimidating to engage one’s parish priest this way. Especially if he seemed overworked and not easy to talk to. Any advice for those of us who would like to engage him around these issues?

I think just letting a priest know that he would always be welcome over to the house for a meal — that can be a really good thing, even if the priest does not take you up on it. Just knowing that he is welcome, that you are concerned about him, that you would like to offer him a place to come and “kick back” a bit, and relax, that is normally a very healthy thing for a priest. Sometimes parishes have men’s groups who meet for prayer and fellowship; sometimes these can be a welcome setting for a priest. In addition to ministering to these groups spiritually, the priest can also just unwind and have some healthy fellowship with Catholic laymen. What’s important is the willingness to reach out and to let the priest know that the offer is on the table.

In the CARA study you referred to earlier, it found that the priests surveyed reported that seminary formation left them least prepared for things like administration and human resources. What is being done to address this? Is this problem maybe a sign that we should be taking these burdens off of priests so they can be freed-up to be pastors?

I think this is yet another indication, as I suggested earlier, that the current models and frameworks of diocesan-parish life are largely unsustainable for the future. A bureaucratic or business-model approach to diocesan life and administration too often fails to be life-giving. That being said, by and large, this particular skill set is probably best addressed in the first years after ordination, in programs of on-going formation aimed at preparing newly ordained priests to take on the responsibilities of pastorship. At the same time, yes, we need to be discerning ways in which as many of these tasks as possible can be delegated to capable and committed Catholic lay men and women.