The Church in Australia mourns their native son, Cardinal Pell

Australian Bishops react to news of passing of former Prefect of the Vatican Secretariat for the Economy on January 10.

Church leaders in Australia, and beyond, are paying tribute to late Cardinal George Pell, remembering his deep faith and “strong and clear leadership” within the Catholic Church in Australia. 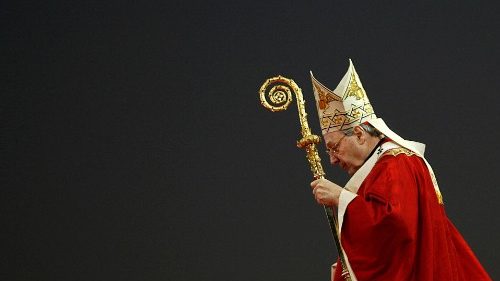 The former Prefect of the Vatican Secretariat for the Economy died unexpectedly on Tuesday evening in Rome, at the age 81, after suffering complications following hip replacement surgery.

In a statement released on Wednesday, the President of the Australian Catholic Bishops Conference (ACBC), Archbishop Timothy Costelloe SDB, remarked that his “impact on the life of the Church in Australia and around the world will continue to be felt for many years”, and asked Catholics and other people of goodwill to join in praying for for the repose of his soul.

“His many strengths were widely recognized, both in Australia and around the world, as his Vatican appointments as Prefect of the Secretariat for the Economy and as a member of the Council of Cardinals, an advisory group to Pope Francis, testify”, the statement said. 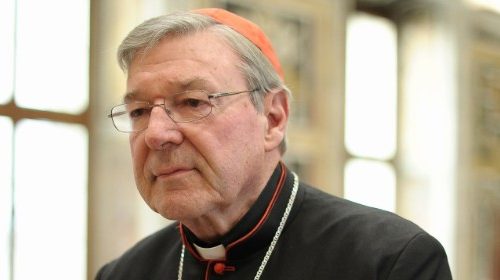 His words were echoed on Wednesday by Archbishop Anthony Fisher of Sydney who in comments and a homily given during Mass at St Mary’s Cathedral described his predecessor as “Australia’s most prominent ever churchman, having provided strong and clear leadership within the Catholic Church in Australia, as Archbishop of Melbourne and Archbishop of Sydney.”

“As a member of the Bishops Conference for more than 25 years, it will be for historians to assess his impact on the life of the Church in Australia and beyond, but it was considerable, and will be long-lasting”, Fisher added.

Cardinal Pell’s strong leadership and good governance was also recalled by Archbishop Peter A Comensoli of Melbourne, the Archdiocese he had led from 1996 to 2001 before being transferred to Sydney and then to Rome”.

In a reflection published on “The Catholic Reader”, Archbishop Mark Coleridge of Brisbane highlighted the extraordinary life and strong personality of the late Australian Cardinal.

Though a “polarizing figure”, he said, Cardinal Pell “had unusual gifts of leadership is certain – intelligence, courage, conviction, self-confidence, political nous and tenacity among them”.

“It will take time to assess his legacy in the Church in Australia, which will prove as complex, even as contradictory as the man himself. For now we give thanks for the gifts George Pell brought to us and the challenges he posed.”