Pope Francis sent his Papal blessing to the March for Life in Washington D.C. 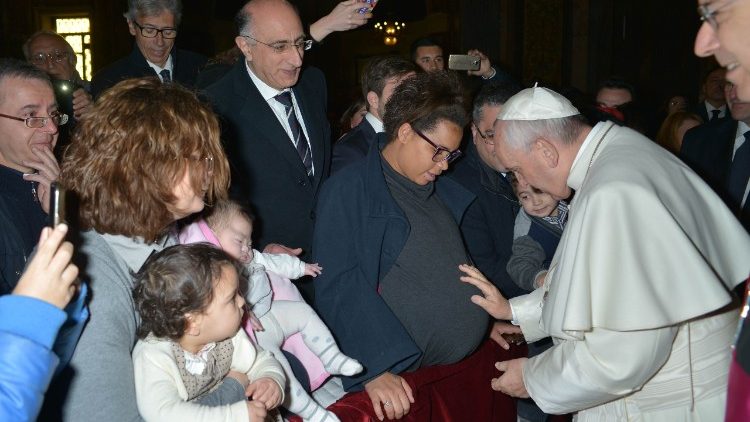 In a message read at the National Prayer Vigil for Life on Thursday, Pope Francis prays that God “will strengthen the commitment of all… to persevere in their efforts aimed at protecting human life in all its stages."

Pope Francis has sent his blessing “as a pledge of strength and joy in the Lord,” to everyone taking part in the March for Life in the United States, “and to all those who support them by their prayers and sacrifices.” 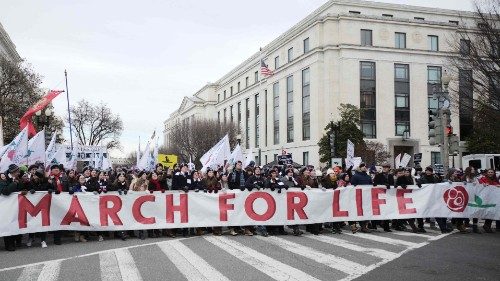 The Pope’s blessing was conveyed in a message addressed to Bishop Michael Burbidge of Arlington, the chair of the USCCB’s Committee on Pro-Life Activities. The message, signed by Cardinal Secretary of State Pietro Parolin, was read at the National Prayer Vigil for Life, which took place in the Basilica of the National Shrine of the Immaculate Conception in Washington, D.C.

The March for Life is one of the largest demonstrations each year in the nation’s Capital. Originally organized in response to the Supreme Court decision that legalized abortion throughout the country in 1973, the March has evolved to promote “the beauty and dignity of every human life by working to end abortion – uniting, educating, and mobilizing pro-life people in the public square.”

In his message, Cardinal Parolin said Pope Francis is “deeply grateful for the faithful witness shown publicly over the years by all who promote and defend the right to life of the most innocent and vulnerable members of our human family.”

Noting that “the building of a truly just society rests upon respect for the sacred dignity of every person and the welcome given to each one as a brother or sister,” Cardinal Parolin went on to say that Pope Francis “trusts that Almighty God will strengthen the commitment of all, especially the young, to persevere in their efforts aimed at protecting human life in all its stages, especially through adequate legal measures enacted at every level of society."

The theme of this year’s March for Life is “Next Steps: Marching into a Post-Roe America.” The Roe v. Wade decision was overturned in June 2022 by the United States Supreme Court in a ruling that determined there was no right to abortion in the US Constitution. The new decision does not make abortion illegal, but instead returns jurisdiction to regulate abortion to the individual US states.

The 2023 March for Life brings together pro-life advocates to look at the work that remains in the wake of the Supreme Court’s decision.

That was a theme echoed by Bishop Burbidge, who, in an interview with Vatican Radio, said, “We understand that our work is only just beginning.” Emphasizing that the protection of all human life means not only changing laws, “but transforming hearts and minds,” Bishop Burbidge insisted that “every person, every follower of Christ, every member of the faithful has been given a mandate: it’s called the Gospel of Life.”

That mandate, he said, “means that we celebrate life. We cherish it. We treasure it.”

Posted by Deacon Mike Talbot at 11:07 AM