Pope Francis announces an Ecumenical Prayer Vigil, to be held in September prior to the Synod of Bishops, so as to entrust the bishops' work to the Lord.

Addressing the faithful gathered in St Peter's Square for the Sunday Angelus, Pope Francis looked ahead to the traditional Week of Prayer for Christian Unity, which takes place each year from 18 to 25 January.

This year's theme, he noted, is taken from the prophet Isaiah: "Do good, seek justice" (1:17). In light of this, Pope Francis asked that we each give thanks to the Lord "who faithfully and patiently guides His people towards full communion, and let us ask the Holy Spirit to enlighten and sustain us with His gifts". 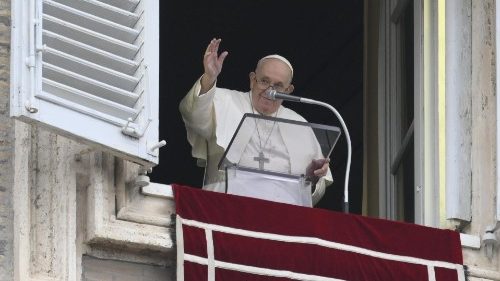 Pope at Angelus: Be free from attachments, make way for the Lord

Pope Francis went on to note that the path to Christian unity and the Church's synodal conversion are linked. For this reason, he announced an Ecumenical Prayer Vigil, set to take place in St Peter's Square on Saturday 30 September. At the Vigil, he explained, "we will entrust to God the work of the 16th Ordinary General Assembly of the Synod of Bishops". The Pope added that for the young people who will come to the Vigil there will be a special programme throughout that weekend, organised by the Taizé Community.

"As of now", the Pope concluded, "I invite brothers and sisters of all Christian denominations to participate in this gathering of the People of God".

Posted by Deacon Mike Talbot at 6:31 AM