Once again Pope Francis will do a private Lenten retreat

Pope Francis to do private Lenten retreat in 2023 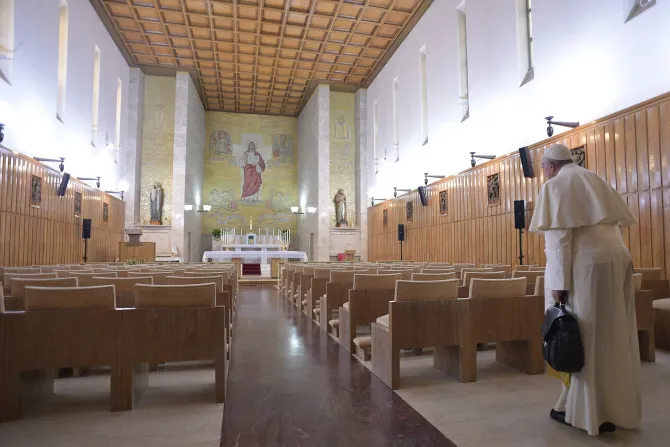 Like the two years’ prior, Pope Francis and the Roman Curia will again do the Vatican’s annual Lenten retreat on an individual basis.

The Vatican said Friday that Pope Francis had invited cardinals living in Rome and the heads of dicasteries to participate in the spiritual exercises “in a personal way” during the first full week of Lent Feb. 26-March 3.

During that week, all of Pope Francis’ appointments will be canceled, including the Wednesday general audience of March 1, the Vatican announced.

The pope asked the superiors of the Roman Curia to suspend their work activities and to use the five days for prayer.

This is the third year the Lenten spiritual exercises, formerly organized as a group retreat, will take place in a private manner.

In 2020, a strong cold kept Pope Francis from joining the cardinals and leaders of the Roman Curia at a retreat house outside of Rome.

The practice of the pope going on a Lenten retreat with the heads of Vatican dicasteries began around 90 years ago under Pope Pius XI. The spiritual exercises were held in the Vatican, but starting in Lent 2014, Pope Francis chose to hold the retreat in Ariccia, about 16 miles southeast of Rome.

Posted by Deacon Mike Talbot at 11:47 AM