#BreakingNews Historic Catholic Church, Queen of the Holy Rosary, in Texas is Destroyed by Fire A Catholic Church, called Queen of the Holy Rosary Church, in Hostyn, Texas, USA, has been completely destroyed by fire, on June 9th, 2022. 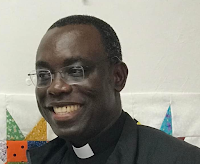 On the local Diocese's Facebook Page they showed Video from the Fayette County Record June 9, which says, “Holy Rosary Church in Hostyn is on fire this morning. Numerous emergency crews now on scene. No further details at this time.” The Diocese of Victoria also said in its post to “Please keep Father Felix Twumasi and the parishioners of Holy Rosary Church in Hostyn in your prayers. We will post updates as information is available.”
The Fayette County Sheriff’s Office had several photos of the fire. “Fayette County Sheriff Keith Korenek is reporting that FM 2436 at Hostyn is currently shut down due to a large fire at the Queen of the Holy Rosary Catholic Church in Hostyn,” they wrote on Facebook. “The roadway is completely closed at this time,” the post explained. “Please avoid the area so that first responders may do their jobs!”
Here is the History of the Church from their Website:
The Queen of the Holy Rosary Church, referred to as the Holy Rosary Church, was a dream in Decmeber 1856 when the Reverend J. Ansteadt rode on horse back from Frelsburg, Texas to the bluff area to say the first Mass in the home of John Laux.  Bluff was named after the high prominence on the Colorado River for miles toward the northeast.  A cross used on the make-shift altar during the first Mass was handed down from generation to generation and now reposes in a museum in Austin, Texas.    Shortly after the first Mass, a log chapel was built on the Laux proptery followed by a wood-fram church building in 1869 when the dream came true, the congregation had their first church.  the second church building was erected in 1888 which served the ministeral needs of the congregation until 1907.  The church burned in 1907 and a third building was constructed which survived until 1966 when a new brick church was build with an  H.L. Kreische Estate legacy.  The cornerstone reas as follows: "THE HOLY ROSARY CHURCH OF LADY MARY".  First church built in year 1869.  Second church built in year 1888.  Second burned 29 August 1907.  Third church built in year 1908.  This, the present church, built in year 1966.  Cardinal P. Beran dedicated the foundationstone 18 April 1966.
Posted by Deacon Mike Talbot at 10:43 AM