Pope explains the importance and value of marriage

Pope tells cohabiting couple why they should marry 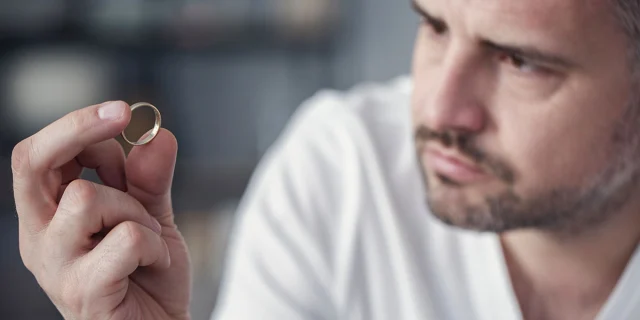 Serena Zangla and Luigi Franco are an Italian couple who gave their testimony this week at the opening of the World Meeting of Families in Rome.

The couple has lived together for many years and they shared at the festival their decision and struggle to baptize their three boys, even though they aren’t married in the Church.

The Holy Father praised their decision to seek baptism for their children, particularly as it was based on the realization of their need for God’s help:

“It is true, we can have the loveliest dreams, the loftiest ideals, but in the end, we also discover – and this is wisdom – our own limitations, which we cannot overcome by ourselves but by opening ourselves to the Father, to his love and to his grace,” he told them.

Then, without mentioning their circumstances, the Pope changed topic a bit:

“We can say,” he began, “that whenever a man and a woman fall in love, God offers them a gift; that gift is marriage. It is a marvellous gift, which contains the power of God’s own love: strong, enduring, faithful, ready to start over after every failure or moment of weakness.”

The Holy Father went on to explain the reason that the Church invites people to marriage.

Marriage is not a formality you go through. You don’t get married in order to be ‘card-carrying’ Catholics, to obey a rule, or because the Church tells you to, or to have a party …

Then the Pope described not only the beauty but the power of marriage:

No, you get married because you want to build your marriage on the love of Christ, which is solid as rock.

In marriage, Christ gives himself to you, so that you can find the strength to give yourselves to one another.

So take heart: family life is not “mission impossible”! By the grace of the sacrament, God makes it a wonderful journey, to be undertaken together with him and never alone. The family is not a lofty ideal that is unattainable in reality. God solemnly promises his presence in your marriage and family, not only on the day of your wedding, but for the rest of your lives. And he keeps supporting you, every day of your journey.