Pope warns against getting accustomed to war in Ukraine

Pope Francis cautions against getting accustomed to the war in Ukraine, and makes an appeal to "eliminate the scourge" of child labour, as the world marks the World Day Against Child Labour.

Pope Francis is warning people not to get accustomed to the war in Ukraine, and is calling for the faithful to keep those suffering "this tragic reality" in our hearts and prayers. 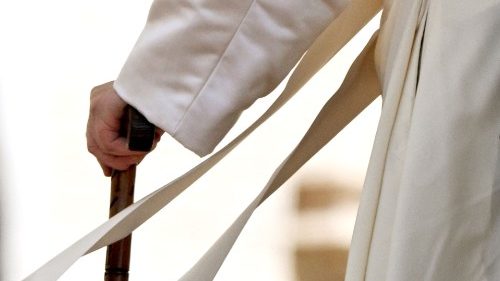 "Always alive in my heart," the Pope said, "is the thought for the people of Ukraine who are afflicted by war."

The Pope cautioned against the passing of time allowing us to grow accustomed to it, without keeping alive our "concern for these tormented people."

"Please, let us not get used to this tragic reality! Let us always have it in our hearts," he insisted, adding, "Let us pray and fight for peace."

Eliminate scourge - No child should be deprived rights

The Holy Father also made an appeal condemning child labour, as the world marks the World Day Against Child Labour on Sunday.

Recalling the Day, Pope Francis said: "Let us all work to eliminate this scourge, so that no child is deprived of his or her fundamental rights and forced or coerced to work."

"Children exploited for work is a dramatic reality that challenges us all!"

According to UN statistics, at the beginning of 2020, one in ten children aged five and over were involved in child labour worldwide, equating to an estimated 160 million children, or 63 million girls and 97 million boys.

Posted by Deacon Mike Talbot at 6:57 AM