Pro-life leaders do not want women punished for abortions; instead offer help, love and support

By Katie Yoder for CNA 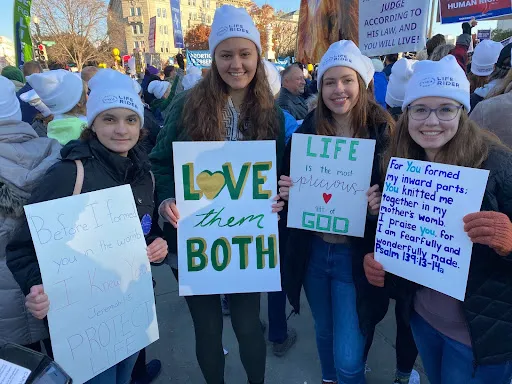 More than 70 pro-life leaders, including Archbishop William E. Lori who leads the U.S. bishops’ pro-life committee, are demanding that state lawmakers refuse to punish or criminalize women who obtain abortions.

“As national and state pro-life organizations, representing tens of millions of pro-life men, women, and children across the country, let us be clear: We state unequivocally that any measure seeking to criminalize or punish women is not pro-life and we stand firmly opposed to such efforts,” the May 12 letter to state lawmakers reads.

The letter comes as lawmakers in states such as Louisiana consider legislation that could subject women who obtain abortions to criminal prosecution and prison.

Laura Echevarria, a spokesperson for the National Right to Life, the pro-life group that coordinated the letter’s release, told CNA that it responded, in part, to actions by states like Louisiana. Teh letter also responded to rhetoric from abortion activists.

“This has been a long-standing policy issue of ours” and many of the other signers,  Echevarria said. “We felt we needed to make it clear that this was something that we did not agree with. That we do not believe in prosecuting women who have had abortions. We see them as a second victim in these situations.”

“We wanted to make sure that this was very clear to state legislators, but also to the public-at-large,” she added. “We do not want women thinking that this is something that the movement approves of, because we don’t.”

In addition to Lori, signers include Carol Tobais of the National Right to Life, Marjorie Dannenfelser of the Susan B. Anthony List, Jeanne Mancini of the March for Life, and Catherine Glenn Foster of American United for Life.

The letter takes care to say that there are two victims with every abortion: both the mother and her unborn child.

“The mother who aborts her child is also Roe’s victim,” the letter reads. “She is the victim of a callous industry created to take lives; an industry that claims to provide for ‘women’s health,’ but denies the reality that far too many American women suffer devastating physical and psychological damage following abortion.”

In bold text, the letter adds, “Women are victims of abortion and require our compassion and support as well as ready access to counseling and social services in the days, weeks, months, and years following an abortion.”

If the Supreme Court ovrturns Roe, as the leaked draft suggests, the issue of abortion will be left up to each individual state — and elected lawmakers.

“But in seizing that opportunity,” the letter cautions, “we must ensure that the laws we advance to protect unborn children do not harm their mothers.” In other words, the letter continues, “turning women who have abortions into criminals is not the way.”

Several organizations, many of them run by Catholics, offer healing and hope to women harmed by abortion, including Project Rachel, Rachels’ Vineyard, Silence No More Awareness Campaign.

While the Catholic Church condemns abortion, it also stresses the importance of forgiveness and mercy for the women who have obtained abortions. Just as the unborn have inherent dignity and worth as human persons, so do their mothers.

“The Church does not thereby intend to restrict the scope of mercy,” the Catechism of the Catholic Church reads, but instead “makes clear the gravity of the crime committed, the irreparable harm done to the innocent who is put to death, as well as to the parents and the whole of society.”

Posted by Deacon Mike Talbot at 10:45 AM