More outrageous attacks and violence against Catholic Church in Nigeria

Catholic cathedral attacked in Nigeria after arrests over ‘blasphemy’ killing 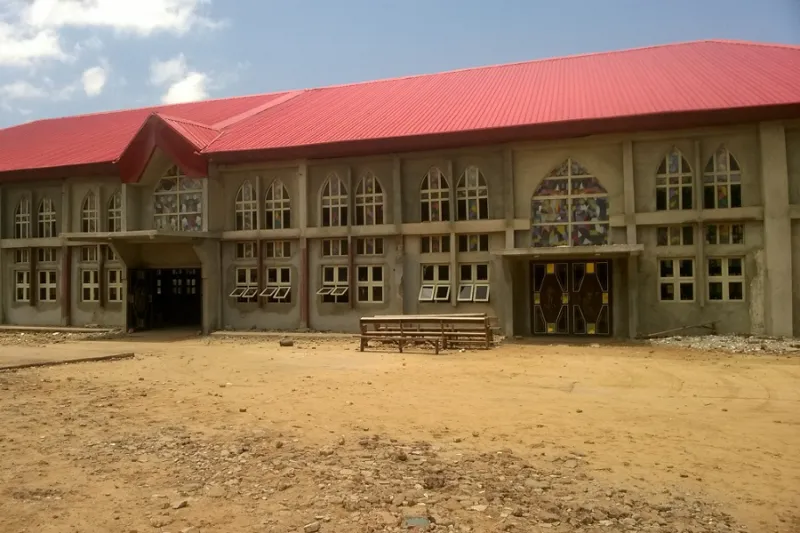 A mob has attacked a Catholic cathedral in Nigeria amid protests demanding the release of two suspects in the killing of a Christian student.

The Diocese of Sokoto said in a statement that youths targeted Holy Family Catholic Cathedral in Sokoto, north-west Nigeria, after police arrested two students in connection with the murder of Deborah Samuel.

Samuel, a student at Shehu Shagari College of Education in Sokoto, was beaten and burned on May 11 after being accused of posting “blasphemous” statements about Islam in a WhatsApp group.

The Sokoto diocese said: “The Sokoto State Government has declared a 24-hour curfew to help stem the ongoing protests embarked upon by Muslim youth in the state capital today.”

“During the protest, groups of youths led by some adults in the background attacked the Holy Family Catholic Cathedral at Bello Way, destroying church glass windows, those of the Bishop Lawton Secretariat and vandalized a community bus parked within the premises.”

“They were promptly dispersed by a team of mobile policemen before they could do further damage.”

“The hoodlums also attacked the Bakhita Centre located along Aliyu Jodi Road and burnt down a bus within the premises.”

The diocese added: “Contrary to information in circulation, we wish to disclaim that there was an attack of any sort on the residence of Bishop Matthew Hassan Kukah.”

“The bishop appeals to Christians to remain law-abiding and pray for the return of normalcy. All Masses in Sokoto metropolis have been suspended until the curfew is lifted.”

Sokoto is a predominantly Muslim city of more than 600,000 people in the far north west of Nigeria, a country roughly evenly divided between Muslims and Christians.

Kukah, who has led the diocese since 2011, expressed “deep shock” at the “gruesome murder” of Samuel in a May 11 statement.

He said: “We condemn this incident in the strongest terms and call on the authorities to investigate this tragedy and ensure that all the culprits are brought to book.”

“The only obligation that is owed her immediate family, her fellow students, and the school authorities is the assurance that those who are guilty of this inhuman act, no matter their motivation, are punished according to the extant laws of our land.”

He went on: “This has nothing to do with Religion. Christians have lived peacefully with their Muslim neighbors here in Sokoto over the years. This matter must be treated as a criminal act and the law must take its cause.”

“Meanwhile, I wish to call on all Christians in Sokoto and around to remain calm and to please pray for the repose of the soul of Ms. Deborah. It is the first obligation we owe her. May God grant her eternal rest and console her immediate family.”

Nigeria is ranked seventh on the World Watch List for the persecution of Christians compiled by the advocacy group Open Doors.

Christians in Africa’s most populous country have suffered growing insecurity in recent years amid terrorist attacks by the Islamist organization Boko Haram and the Fulani Militia, a nomadic, predominantly Muslim group.

Christian leaders have consistently accused President Muhammadu Buhari, who has led the country since 2015, of failing to tackle the violence.