He was ambushed 6 years ago, fought every day since to stay alive, Deputy Nick Tullier died today, rest in peace 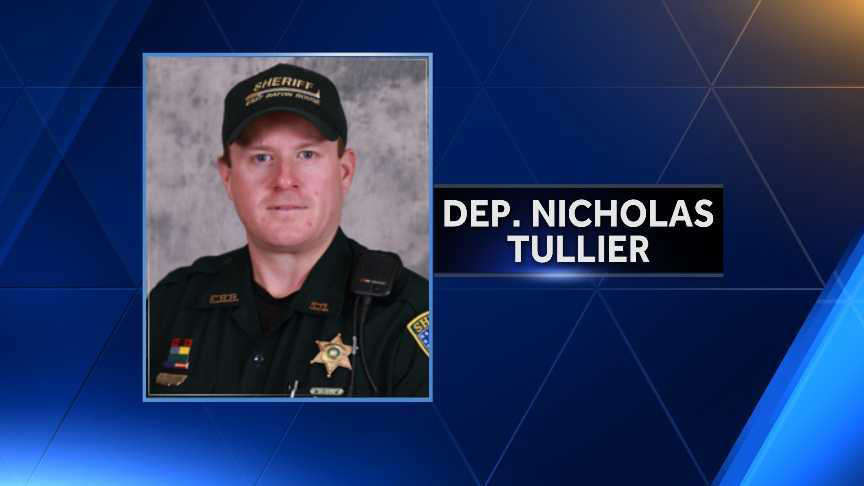 Nick Tullier, the sheriff’s deputy who was injured in an attack on law enforcement in 2016 and whose recovery has inspired thousands in his home state and beyond, has died, according to his family.

His passing came weeks before his 47th birthday.

“Our precious son died,” James said in the post.

A Denham Springs native and a 1994 graduate of Denham Springs High, Tullier was having coffee with Bruce Simmons, then a deputy with the East Baton Rouge Sheriff’s Office, when they heard reports of a shooting on July 17, 2016.

Tullier and Simmons immediately rushed to the scene of the shootout just outside an Airline Highway convenience store. There, a lone gunman fired shots at six law enforcement officers, killing three and injuring three others.

Those who died were sheriff’s deputy Brad Garafola and policemen Montrell Jackson and Matthew Gerald. Tullier, Simmons, and Detective Chad Montgomery were injured in the shootout.

Though Simmons and Montgomery have since recovered from their injuries, Tullier’s multiple gunshot wounds were much more severe, making doctors fear he wouldn’t survive. One round hit Tullier in the stomach while a second struck his head, shattering his skull and damaging his brain. A third bullet pierced him in the shoulder.

But that was more than 2,100 days ago, and Tullier became an inspiration to many through his odds-defying recovery.

Tullier spent several years receiving medical treatment in Houston before he and his parents returned to Louisiana in August 2020. Throughout Tullier's hospital stay, his parents, James and Mary, remained by his side.

His journey has been well-documented on the “Nick Tullier Strong” Facebook page, which keeps more than 61,000 followers — affectionately dubbed “Prayer Warriors” — regularly updated on his condition and any fundraisers being held for him.

Things took a turn earlier this week when James revealed that his son was in “critical” condition due a worsening infection and a fever.

“Bloodwork yesterday (Sun) has shown Nick is now septic,” James said early Monday morning. “Mary and I met with the hospital doctor who told us they’re doing everything they can but nothing’s working. He said Nick is critical and [doesn’t] know how much time he has left.”

James closed by asking people to, “Take a few minutes to say a Prayer.”

“Nick needs Prayer for sure,” he said.

On Tuesday, the Nick Tullier Strong Facebook page reported that Nick’s lactic acid levels “were going up and down” and that his blood glucose levels “were very high.” Meanwhile, his temperature hovered around 102 degrees, forcing doctors to cool him with ice packs until they could give more Tylenol.

“One doctor told Mary the abdominal swelling that Nick has now is related to body tissues not releasing liquids like normal,” the page reported.

The situation grew worse Wednesday, when the Nick Tullier Strong Facebook page reported that Nick had suffered a seizure and an on-and-off fever of up to 103 degrees. In the early morning hours of Thursday, James said that Nick’s blood pressure had dropped slightly and that his breathing became “more shallow.”

“He rested comfortably,” the post said, along with a photo of Nick’s “Blue Brothers” praying for him.

But James took to social media a few hours later to reveal the news of his son’s passing. The well-wishes and words of encouragement have poured in since, with thousands commenting on James’ personal page or the foundation’s page.

“God has gained his best angel this morning,” read a post on the Nick Tullier Strong Facebook page.

Tullier is survived by his parents, his two sons, two brothers, sisters-in-law and five nephews.

Posted by Deacon Mike Talbot at 9:58 AM

Labels: In the news, Police officers, rest in peace