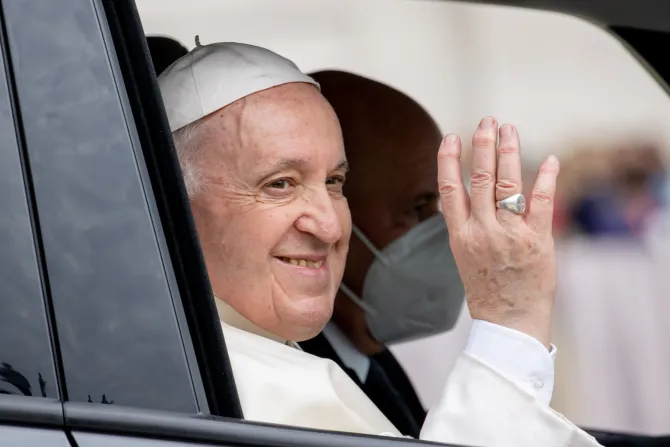 Francis, who is 85 years old, has been suffering from pain in his right knee, causing him to take smaller roles in some Vatican liturgies and to remain seated more often.

“The pope has slowed down his activities today because of medical checkups that are needed today. That is why the schedule is empty today,” Matteo Bruni, director of the Holy See Press Office, said on April 22.

The pope’s movements have been visibly more limited since the start of the year.

At a general audience on Jan. 26, he said the reason he was unable to greet pilgrims as usual was because of a temporary “problem with my right leg,” an inflamed knee ligament.

On Good Friday, Pope Francis did not prostrate himself on the ground before the cross as he usually does during the liturgy for the Lord’s Passion.

Unexpectedly, the pope also opted to not celebrate the Vatican’s Easter Vigil Mass on Holy Saturday, though he attended, delivered the homily, and baptized several new Catholics.

And on Easter Sunday, he had to sit down part way through his delivery of the Urbi et Orbi message and blessing.

Pope Francis has also received more assistance walking and going up and down stairs in recent weeks.

Posted by Deacon Mike Talbot at 10:31 AM