Divine Mercy Sunday 2022: Here's how to obtain a plenary indulgence 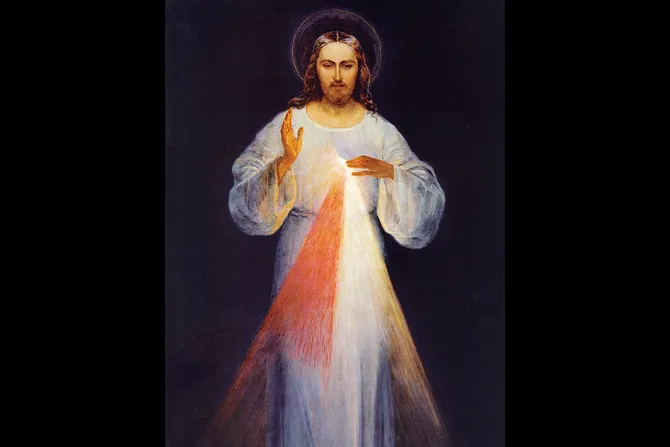 What do a certain Polish nun and a certain Polish pope have in common? They both became saints and they were both instrumental in the institution of Divine Mercy Sunday, which offers many graces to the faithful.

Be sure to thank St. John Paul II and St. Maria Faustina Kowalska this April 24 because as Divine Mercy Sunday rolls around again this year, the faithful have the opportunity to take refuge in the depths of Christ's mercy by receiving either a plenary or partial indulgence.

Some facts about Divine Mercy Sunday, including the Church’s guidance on how to receive indulgences on the day, can be read below:

What is Divine Mercy Sunday?

St. Faustina is a Polish nun who received prophetic messages from Christ. These messages included revelations about the infinite mercy of God – coined the “Divine Mercy” – and her obligation to spread the message to the world, as recorded in her diary, “Divine Mercy in my soul.”

The late pope said in his homily that “the light of divine mercy, which the Lord in a way wished to return to the world through Sr Faustina's charism, will illumine the way for the men and women of the third millennium.”

John Paul II granted plenary and partial indulgences to the faithful who observed certain pious practices on Divine Mercy Sunday each year in a June 2002 decree. He did this in order to ​​inspire the faithful in devotion to the Divine Mercy.

What is an indulgence?

An indulgence is the remission of the temporal punishment due to sins which have already been forgiven, and it can be plenary or partial.

A plenary indulgence can be obtained by going to a church on Divine Mercy Sunday “in a spirit that is completely detached from the affection for a sin, even a venial sin,” and participating in the prayers held in honor of Divine Mercy, the 2002 decree says.

Those practices could consist of devotions such as the divine mercy chaplet, eucharistic adoration, and the sacrament of confession.

The faithful could also visit the Blessed Sacrament either exposed or in the tabernacle, and recite the Our Father, the Nicene Creed, and a devout prayer to Christ. The example of a devout prayer that is given in the Decree is “Merciful Jesus, I trust in you!"

In order to receive the indulgence, the three usual conditions of going to confession, receiving Holy Communion, and praying for the intentions of the Holy Father must also be met. While it is appropriate that the two sacraments to be received on the same day, the Church permits them to be received up to about 20 days before or after the day the indulgenced work is performed.

Can’t make it to a church? Be not afraid

For the sick or others who are unable to make it to church that day, a plenary indulgence may still be obtained. One must intend to make a confession, receive Holy Communion, and pray for the intentions of the Holy Father as soon as possible, while praying one Our Father and the Nicene Creed before an image of Jesus. In addition, one also must pray “a devout invocation” to Christ such as “Merciful Jesus, I trust in you.”

For those faithful who cannot fulfill those obligations either, it is still possible to earn a plenary indulgence. If “with a spiritual intention” one unites themselves to all the faithful hoping to obtain the indulgence through the prescribed prayers and they offer a prayer and their sufferings to Christ, then they are able to obtain the plenary indulgence. They also must intend to go to confession, receive Holy Communion, and pray for the pope as soon as possible.

A partial indulgence is granted to the faithful, who on that day pray “a legitimately approved invocation” with a contrite heart. As is written in the decree, this invocation could be “Merciful Jesus, I trust in you!”