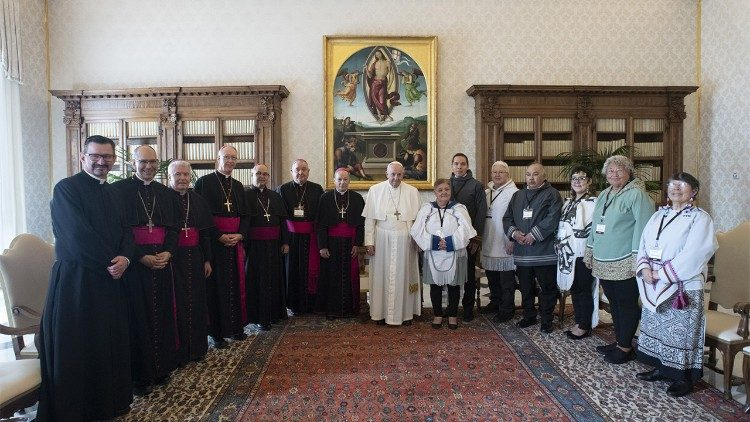 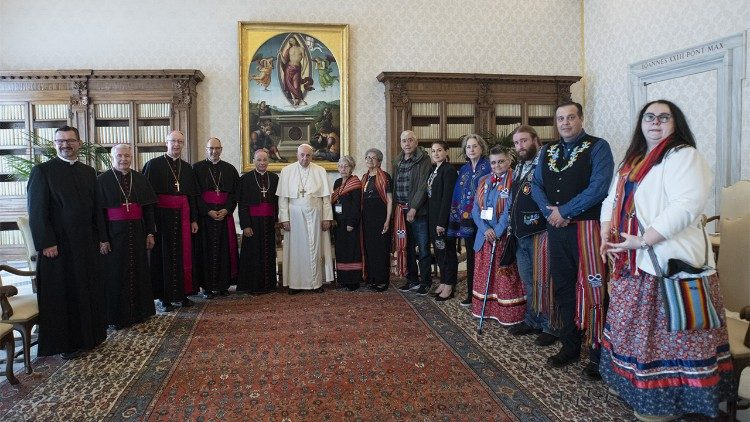 On Monday morning Pope Francis met with two delegations of Canada's indigenous peoples, the first of a series of encounters that will continue over the coming days.

On Monday morning Pope Francis welcomed two groups of representatives of Canadian indigenous peoples in successive audiences, each lasting about one hour.

According to a statement released by the Holy See Press Office, the Pope met with around ten delegates representing the Métis people and eight representing the Inuit. Several Bishops from the Canadian Bishops' Conference accompanied the delegations for the meetings.

The press statement noted how Pope Francis wished "to listen and to offer space for the painful stories shared by the survivors."

Posted by Deacon Mike Talbot at 9:41 AM