Cardinals, theologians gather to plan how US church can support Pope Francis 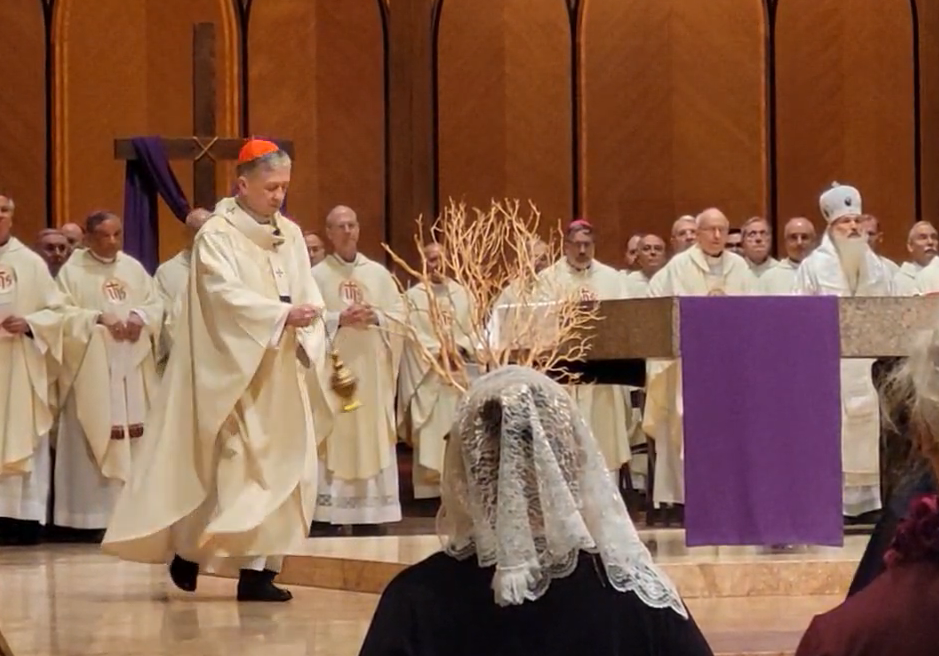 CHICAGO — A group of about 70 cardinals, bishops and theologians gathered privately for two days here from March 25-26 for conversations focused on how the U.S. Catholic Church can better support the agenda of Pope Francis.

Through a series of keynote presentations and panel discussions centered on tracing the roots of Francis' papacy to the 1962-65 Second Vatican Council, invited participants also considered the opposition the pope continues to face from some quarters of the U.S. church, more than nine years after his March 2013 election.

Honduran Cardinal Oscar Rodriguez Maradiaga, one of the attendees, told NCR that part of the purpose of the event was to "understand the spirit of what they call the 'opposition.' "

"We have this what they call 'opposition' to the pope. It's trying to build walls, going backwards — looking to the old liturgy or maybe things before Vatican II," said Rodriguez, who is also the coordinator of the pope's advisory Council of Cardinals.

"Vatican II is unknown by many of the young generation," said the cardinal. "So, it's necessary to come back and to see that all the reforms of Pope Francis are rooted in Vatican II."

The conversations were held under the "Chatham House Rule," meaning attendees agreed they could speak afterwards about the contents of the discussions but not reveal who had made any particular comment, with hopes of fostering a more open and forthright atmosphere.

Christine Firer Hinze, one of about a dozen theologians attending the event, said she found the conversations between the participating academics and bishops "heartening and hopeful." Pointing to the willingness of the bishops to listen to the theologians' viewpoints, Hinze called the experience an example of "servant leadership."

"It feels more like collaboration," said Hinze, chair of the theology department at Fordham and president of the Catholic Theological Society of America. "It doesn't necessarily change when you go back to your own diocese, everything that's going to happen. But at least it points in a direction."

The three keynote presentations at the conference were given by Villanova theologian Massimo Faggioli, Loyola Chicago theologian M. Therese Lysaught and Peruvian Archbishop Héctor Miguel Cabrejos Vidarte, who is president of the Latin American bishops' council, commonly known as CELAM. (Cabrejos was unable to attend, so his talk was read by Archbishop González.)

Among topics brought up in the panel discussions: the impact of moneyed conservative influence in Catholic social movements and media companies; polarization and division among U.S. bishops; the atmosphere of education at American seminaries, and the reluctance of some U.S. dioceses to implement the grassroots consultation process requested by Francis for the 2021-23 Synod of Bishops.