Another embarrassing headline for the Archdiocese of New Orleans 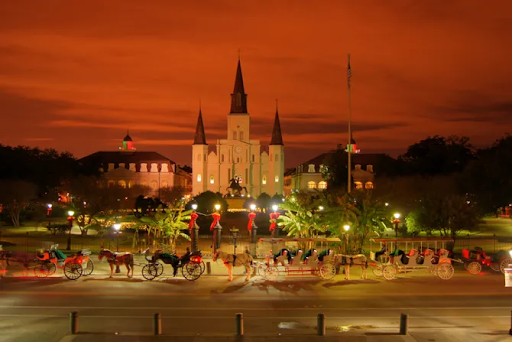 The Archdiocese of New Orleans will pay more than $1 million in a settlement related to allegations of fraud in the wake of Hurricane Katrina, the Department of Justice announced Nov. 15.

According to the DOJ, the settlement "resolves allegations" that the Archdiocese of New Orleans “knowingly signed certifications for FEMA funding that contained false or fraudulent damage descriptions and repair estimates that were prepared by AECOM, an architecture and engineering firm based in Los Angeles,” from a period lasting from 2007 through 2013.

A former project specialist for AECOM first brought the allegations in a 2016 federal lawsuit, which alleged that the Archdiocese of New Orleans, as well as two historically black New Orleans universities, improperly applied for and received millions of dollars in federal funds in the wake of Hurricane Katrina.

According to the DOJ press release, among the many allegations of fraud received were claims of damage to a central air conditioning unit that never existed, as well as inaccurate reporting of the number of square feet in a facility.

The Archdiocese of New Orleans declined to comment on Monday after the settlement figure was released, but has in the past denied any wrongdoing.

Katrina, which hit New Orleans during August 2005, killed at least 1,800 people and devastated much of the city. In the years since Katrina and Rita, which hit the region the month after, the Federal Emergency Management Agency has paid out nearly $20 billion in relief.

“The Department of Justice is committed to ensuring that these taxpayer funds are properly spent to help disaster victims rebuild their communities,” he said. The release noted that the claims alleged in the lawsuit “are allegations only, and there has been no determination of liability.”

During the 2007-13 period, the archdiocese was led by Archbishop Alfred Hughes and Archbishop Gregory Aymond. Aymond, the current archbishop, succeeded Hughes in Aug. 2009.

The settlement, which is based on the Archdiocese of New Orleans’ financial condition, required final approval of the U.S. Bankruptcy Court for the Eastern District of Louisiana, which approved the settlement on Oct. 26. The Archdiocese of New Orleans filed for Chapter 11 bankruptcy on May 1, 2020 amid a number of lawsuits related to historical sexual abuse of minors.

“Federal disaster funds are an instrumental component in the effort to assist disaster victims with their recovery,” said the U.S. Attorney’s Office for the Eastern District of Louisiana in the Department of Justice’s press release.

“The favorable resolution of this False Claims Act matter illustrates the collaborative efforts and firm commitment by our federal partners to use all available remedies to address signs of fraud, waste and abuse,” they said.

Robert Romero, the former AECOM Project Specialist-turned-whistleblower, alleged in his lawsuit that several entities in New Orleans, including Xavier University, the archdiocese, and Dillard University, defrauded FEMA after the hurricane.

As of 2018, FEMA had obligated nearly $184 million to the Archdiocese of New Orleans for Katrina-related recovery work. At least 32 archdiocesan facilities sustained damage in the storm, FEMA says.

Xavier University, which is Catholic, previously agreed to pay $12 million as part of a settlement related to these allegations.

The Archdiocese of New Orleans denied any sort of fraud in a statement issued in June 2020, after the AECOM employee’s lawsuit was unsealed.

“Our finance office worked diligently and relied upon the knowledge and expertise of FEMA and their designated agencies and field representatives,” said representatives from the archdiocese.

“Our staff was committed to working responsibly and being good stewards of the money received, and our documentation reflects that.”

The archdiocese claimed in June 2020 that they were surprised by the questioning, and that  “Every dollar of FEMA funds received has gone back into the restoration of parish, school and other properties to serve the people of the Greater New Orleans community.”

“We deny the allegation that the Archdiocese of New Orleans knowingly conspired to submit false information. We have cooperated with the federal government’s investigation and will continue to work with them as we resolve this claim,” they said.

Posted by Deacon Mike Talbot at 8:46 AM