By NICOLE WINFIELDan hour ago 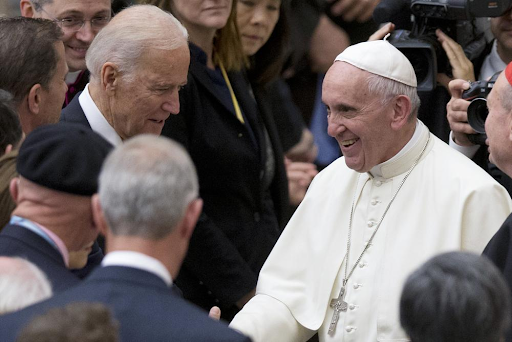 The Vatican press office provided no explanation for why the live broadcast of Biden’s visit had been trimmed to cover just the arrival of the president’s motorcade in the courtyard of the Apostolic Palace, where a Vatican monsignor will greet him.

Cancelled was any live coverage of Biden actually greeting Francis in the palace Throne Room, as well as the live footage of the two men sitting down to begin their private talks in Francis’ library, at which time the cameras normally would have stopped running.

The Vatican said it would provide edited footage of the encounter after the fact to accredited media.

Biden, the second Catholic U.S. president, has met Francis three previous times, but this will be his first as president.