At Wednesday's General Audience, Pope Francis prays for victims of clerical sexual abuse in France, expressing his sadness and grief at the trauma they have experienced.

“This is a moment of shame,” said Pope Francis at the weekly General Audience, commenting on a damning new report detailing hundreds of thousands of cases of clerical abuse in France since the 1950s.

The report, released by the Independent Commission on Sexual Abuse in the Church (CIASE) on Tuesday, also addressed negligence, silence, and deficiencies, and even cover-up by Church leaders in dealing with abuses. 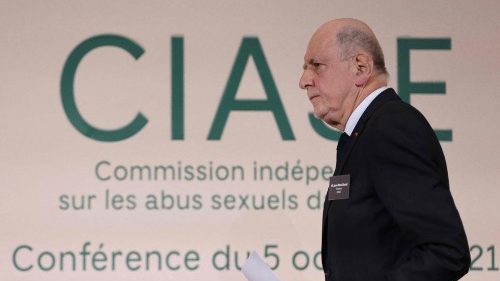 “I wish to express to the victims my sadness and grief at the trauma they have suffered,” the Pope said in remarks to French-speaking pilgrims and visitors.

And he expressed his own shame, “at the Church’s too long failure” to place victims at the centre of its concerns. Pope Francis assured them of his prayers.

He encouraged the French Bishops and religious superiors “to continue to make every effort so that similar tragedies will not be repeated.”

Pope Francis also expressed his “closeness and paternal support” to the priests of France as they undergo this “difficult but healthy” trial; while calling on all French Catholics “to assume their responsibilities to ensure that the Church is a safe home for all.”

According to the CIASE report, which was commissioned by the French Catholic Bishops and the leaders of religious orders, at least 330,000 people in France have been the victims of sexual abuse within the Church as children.

Between 2,900 and 3,200 priests and religious have been implicated in those crimes, although those figures are low-end estimates.