The nine questions that sealed the fate of the Latin Mass 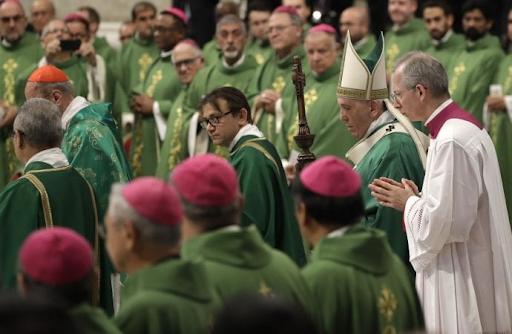 ROME – Last Friday, Pope Francis rolled back what some considered his predecessor’s olive branch to traditionalist Catholics by severely restricting celebration of the old Latin Mass. The move essentially reversed a liberalization of the older rite decreed by Pope emeritus Benedict XVI in 2007.

When announcing their decisions, both popes said they had been made hoping to promote unity in the Church, with Francis arguing that Benedict’s reform had become a source of division and been exploited by Catholics who dispute the Second Vatican Council from the mid-1960s. In Francis’s case, he also said the decision was based on a wide consultation with the world’s bishops.

The Congregation for the Doctrine of the Faith, the Vatican’s doctrinal watchdog agency, sent a questionnaire, at the pope’s request, to bishops’ conferences last year. Crux obtained a copy of the survey, titled “consultation of bishops on the application of the motu proprio Summorum Pontificum.”

After consulting some 20 prelates from the five corners of the world, Crux found that each bishops’ conference received the questionnaire and decided on their own how to implement it. In some countries, such as Chile, archbishops received it but not ordinary bishops. In neighboring Argentina, every bishop received it but many didn’t answer because there’s no significant presence of priests and faithful who favor the Tridentine Mass in their area.

In the United States, the questionnaire was reportedly sent to every bishop, though at least one “didn’t recall” receiving it, and if he did, he said he didn’t respond. In Australia every diocese received it, but in Europe and in Africa its distribution seems to have been more uneven.

To date, the Vatican has not revealed exactly how many bishops around the world actually received the survey, and, of that number, how many chose to respond.