The miracle prayer of Fr. Peter Rookey, Servant of God 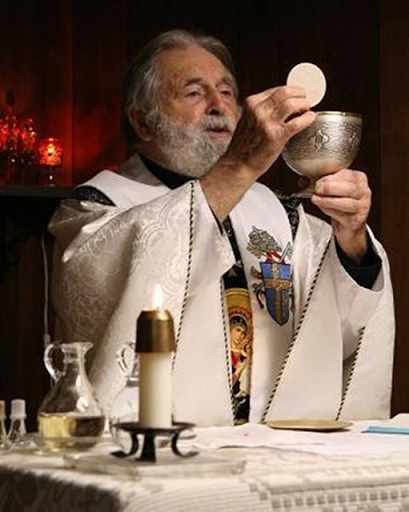 Stephen Mc Donagh
Powerful Miracle Prayer From Fr. Peter Mary Rookey
You want your fervent prayers to be heard by God. You desire God’s loving response to your supplications. You want to learn the prayers of saints that ascent to the Heavenly Throne.
The prayers of Fr. Peter Mary Rookey(October 12, 1916 — September 10, 2014) were so effective that he was widely believed to have had the charism of healing. Peter spent a good part of his priesthood in the healing ministry that blessed countless worshippers.
Rookey began at Benburb with the common Catholic practice of blessing people after mass. The blessings were so effective that reports abounded of many people who experienced healing when Rev. Rookey prayed for them.
Despite the many miraculous healing, Rookey remained humble by saying: “It is God’s work, not mine — He does all the healing, I just pray.” However, the priest’s popularity did not escape his superiors’ attention, who took a very conservative position when it came to miracles such as healing. He was made the Servite general consultor in Rome from 1953 to 1959.
Rookey went on to serve as the administrator of the Servite Catholic College of Louvain in Belgium in the 1960s. He also acted as a parish priest in Düsseldorf, Germany for several years until he was assigned to the Ozark missions in Missouri from 1967 to 1984. He later returned to Chicago to begin the second phase of his healing ministry.
Peter Rookey was the founder and director of The International Compassion Ministry (ICM) from 1986 until his death. Rookey commented during a 1994 Chicago Tribune interview, “I say, use doctors and medicine when you are sick, but you also must pray. Because God gives the same wisdom to doctors that he gives to priests.”
Rookey died in his sleep in Chicago on September 10, 2014, just before his 98th birthday. During his lifetime, he has dedicated his life as a priest for 73 years.
His prayer became famous and was known as the Rookey’s Miracle Prayer. We share this Miracle Prayer with you below.
Let’s pray.
Rookey’s Miracle Prayer:
Lord Jesus, I come before you just as I am.
I am sorry for my sins, I repent of my sins, please forgive me.
In your name, I forgive all others for what they have done against me.
I renounce Satan, the evil spirits, and all their works.
I give you my entire self, Lord Jesus now and forever.
I invite you into my life, Jesus. I accept you as my Lord, God, and Saviour.
Heal me, change me, strengthen me in body, soul, and spirit.
Come, Lord Jesus, cover me with your precious blood and fill me with your Holy Spirit.
I Love You, Lord Jesus. I Praise You, Jesus. I Thank You, Jesus.
I shall follow you every day of my life.
Amen.
Posted by Deacon Mike Talbot at 9:44 AM