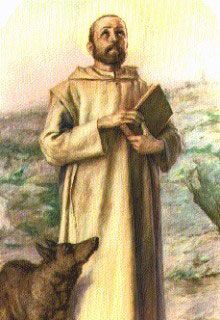 William of Vercelli, Saint 1085-1142. founder, born in Vercelli Italy he was brought up as an orphan became a hermit on Monte Vergine, Italy after a pilgrimage to Compostella and attracted so many followers that a monastery was buillt. By 1119 his followers were united in the Benedictine congregation, the Hermits of Monte Vergine (Williamites) which he headed. The austerity of his rule led to dissension among his monks to restore peace he left and was taken under the protection of Roger I of Naples who built a monastery for him in Salerno. He founded monasteries through out Naples, and died at the Guglielmo monastery near Nusco Italy. He is also called William of Monte Vergine. Feast day June 25.