Thursday Saint of the Day from Quebec 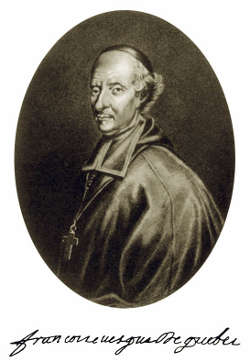 Blessed François-Xavier de Montmorency-Laval (30 April 1623 - 6 May 1708) was the first Roman Catholic bishop of Quebec and was one of the most influential men of his day. He was appointed when he was 36 years old by Pope Alexander VII. He was a member of the Montmorency family. He was beatified in 1980 by Pope John Paul II and was able to speak to the king of France Louis XIV.