Pope Francis sends his greetings to our brothers and sisters who celebrate the Solemnity of Easter according to the Julian calendar. He also expresses sorrow for an accident in Israel and recalls the beatification of a doctor in Venezuela who dedicated his life to the poor.

Addressing the faithful after the Regina Coeli Prayer in St. Peter’s Square, Pope Francis said he sends his Best Wishes to our brothers and sisters of the Orthodox Churches and of the Eastern and Latin Catholic Churches who today, according to the Julian calendar, celebrate the Solemnity of Easter.

“May the Risen Lord fill them with light and peace, and comfort the communities living in particularly difficult situations. Happy Easter to them!” he said.

Grief for tragic accident in Israel

Pope Francis also turned his thoughts to all those affected by an accident at a religious festival in Israel on Friday in which many people were killed and injured. 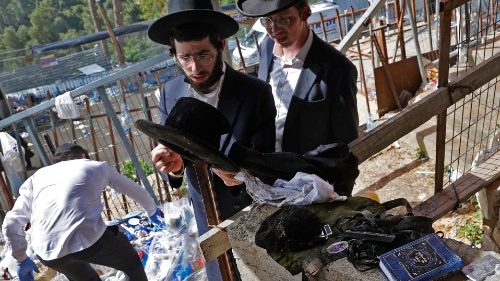 Scores dead in stampede at Jewish festival in Israel

“With sadness I express my closeness to the people of Israel because of the accident last Friday on Mount Meron, which caused the death of forty-five people and numerous injuries. I assure you of my remembrance in prayer for the victims of this tragedy and for their families,” he said.

The nation is observing a national day of mourning on Sunday after a stampede at the Jewish Orthodox B’Omer festival, near Mount Meron in northern Israel killed 45 men and boys and injured some 150 others.

And during his words to those present in St. Peter’s Square the Pope recalled the beatification last Friday, in Caracas, Venezuela, of José Gregorio Hernández Cisneros. “He was a doctor, rich in science and faith. He knew how to recognise the face of Christ in the sick and, like a Good Samaritan, he helped them with evangelical charity”, he said.

“May his example help us to care for those who suffer in body and spirit,” he concluded asking for applause for the new Blessed.