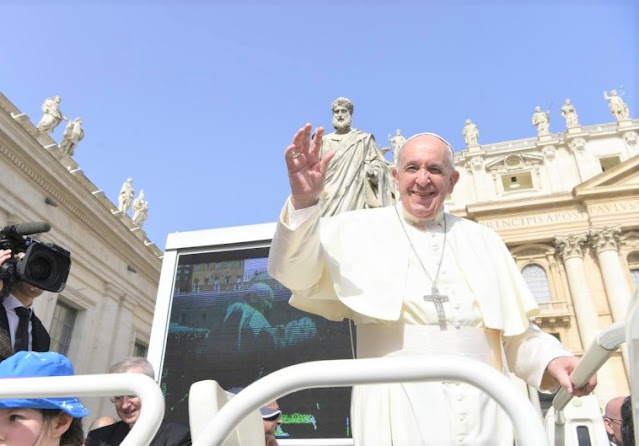 On the 150th anniversary of the elevation of St. Joseph to the patron saint of the whole Church, Francis has added seven new invocations to the litany in honor of St. Joseph. The Congregation for the Order of the Sacraments announced this in a letter to all presidents of the Bishops' Conferences this Saturday.

The background is the apostolic letter Patris corde from Pope Francis, which he published on the occasion of the Joseph year. It was about “promoting love for this great saint and giving him an impetus to appeal to him for his intercession and to imitate his virtues and his energies”, as it says in the letter of the Vatican Congregation. This Saturday's letter is signed by Archbishop Arthur Roche, Secretary of the Congregation and Fr. Corrado Maggioni, Undersecretary.

The Joseph litany, which has existed since 1909, is intended to highlight those writings of Popes "who have thought about aspects of the figure of the Patron of the Universal Church" through the new invocations. It is about “Custos Redemptoris”, which is inspired by the Apostolic Exhortation Redemptoris custos of Pope Saint John Paul II; "Serve Christi" through a sermon by Pope Saint Paul VI. from March 19, 1966; "Minister salutis", as it is called by St. John Chrysostom; “Fulcimen in difficultatibus”, inspired by the Apostolic Letter Patris corde of Pope Francis and “Patrone exsulum, afflictorum, pauperum”, also from Patris corde.

The new invocations were submitted to Pope Francis, who approved their inclusion in the litany of St. Joseph, as the letter goes on to say.

It is now up to the Bishops' Conferences to “arrange for the litany to be translated into the languages ​​of their jurisdiction and to publish it”; these translations do not need to be confirmed by the Apostolic See. According to their prudent judgment, the Bishops' Conferences could insert other invocations at a suitable place "while preserving the literary genre, with which St. Joseph is particularly honored in their countries", it concludes.

The litany of St. Joseph is a liturgical alternating prayer with invocations based on various patronages and virtues of St. Joseph. It was approved for liturgical use in 1909 by Pope St. Pius X.