After the Angelus Address

Pope Francis to meet with Christian leaders from Lebanon

In words following Sunday’s Angelus, Pope Francis said he will receive the leaders of Lebanon's Christian communities in the Vatican, on 1 July to discuss the deep crisis that the country has been going through for several months. He also recalled three lay women beatified on Saturday in Spain.

In greetings following the recitation of the Marian Prayer on Sunday, Pope Francis remembered Lebanon and its people. The Pope told the faithful in St Peter’s Square that on 1 July he will be meeting, in the Vatican, with the principal leaders of the Christian Communities present in Lebanon, "for a day of reflection on the worrying situation in the country and to pray together for the gift of peace and stability."

“I entrust this intention to the intercession of the Mother of God, so venerated at the Shrine of Harissa, and from this moment I ask you to accompany the preparation of this event with prayer in solidarity, invoking for that beloved country a more serene future," he said.

Earlier this week, the Commission of the Bishops' Conferences of the European Community (COMECE) appealed to the European Union to support the people of Lebanon who are facing a political and economic crisis.

COMECE's appeal to the EU came after the Lebanese Church voiced its fears in a letter sent to EU Bishops. 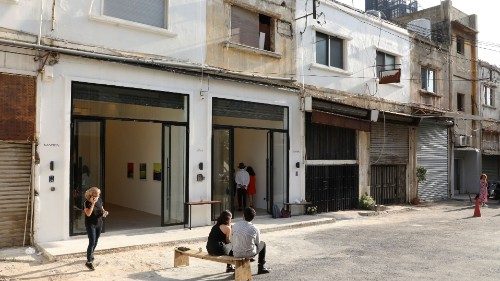 “These three courageous lay women,” he said, “dedicated themselves to caring for the wounded in war without abandoning them in their moment of peril, took risks and were killed in hatred of their faith. We praise the Lord for their evangelical witness. Let us applaud the new Blesseds.”

Posted by Deacon Mike Talbot at 7:51 AM