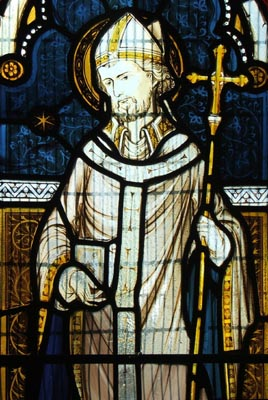 Born in Africa, Adrian became abbot of the monastery at Nerida, near Naples. He declined an appointment as archbishop of Canterbury, but accompanied St. Theodore to England when the latter was appointed Archbishop. Theodore appointed him Abbot of SS. Peter and Paul Monastery (later changed to St. Augustine's) in Canterbury, and during his thirty-nine years' abbacy, the monastery became renowned as a center of learning. He died on January 9 in Canterbury, and his tomb soon became famous for the miracles wrought there.