A heavy dose of concern for USA in today's Papal Angelus

Pope appeals to Americans to protect democracy and promote reconciliation

Pope Francis appeals to Americans to maintain a high sense of responsibility and promote democracy and reconciliation in the wake of the violent assault on Capitol Hill.

Pope Francis extended his “loving greeting” to the people of the United States of America whom, he said, are “shaken by the recent assault on Congress” and said he is praying for the five people who lost their lives “in those dramatic moments.”

The Pope was speaking during the Sunday Angelus just days after an angry mob stormed Capitol Hill and clashed with police as Congress convened to validate Joe Biden’s presidential win. 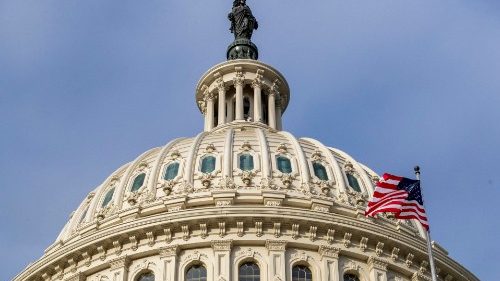 Pope on assault on US Capitol: 'Reject violence. It’s time for healing'

“I reiterate that violence is always self-destructive,” Pope Francis said, adding that “Nothing is gained by violence and so much is lost.”

“I urge the State authorities and the entire population to maintain a high sense of responsibility in order to soothe tempers, promote national reconciliation, and protect the democratic values rooted in American society,” he said.

The Pope concluded invoking the Immaculate Virgin, Patroness of the United States of America, “to help keep alive the culture of encounter, the culture of care, as the way to build the common good together, and do so with all those who live in that country.”