Great read for all Christians and my Catholic brothers and sisters; politics must remain civil on your part; don't let it be an occasion of sin

How to get through the 2020 Election without losing your cool 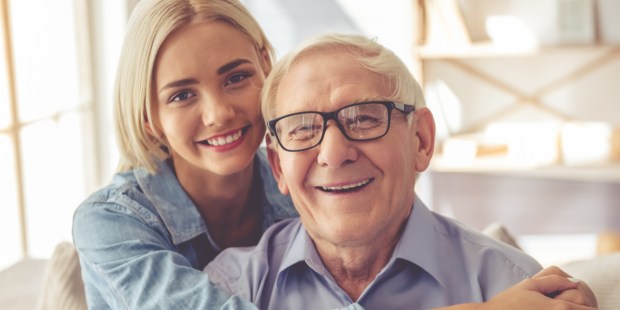 How is a Christian to act in our current political climate?

It’s just over one month until Election Day in the U.S., and that means political discourse has reached a fever pitch. It’s one of the most contentious elections in recent memory, and we’ve reached the point in the season when supporters of each candidate are working around the clock to convince voters of their candidate’s merits and of the other guy’s major flaws.

Faced with all this debate and occasional vitriol, what’s a Christian to do? How can you navigate this tense season with the charity, honesty, and respectfulness that should always characterize a follower of Christ? Here are 5 key strategies to help you navigate the next month while maintaining your peace of mind.

Sometimes it seems as if each side wants to reduce the other to nothing but a one-dimensional caricature. But as Christians, we know better: We know that each person is made in the image of God. People who don’t agree with us are not stereotypes but are beloved children of God with a reason and a will, just like us. They are acting because of motivations that make sense to them, even if their reasons are hard for us to understand.

When we engage in political discourse, whether in person, online, or over text message, we can uplift the conversation with kindness and politeness to everyone. No political debate is worth sacrificing our Christian charity. What a moving witness to see Christians stand out for their respectful and kind approach, no matter how controversial the issue!

Conversing in a Christian way is especially important on social media, which presents a tiny fraction of a person’s nuanced and complex thoughts, making it even easier to misunderstand one another. If you find yourself growing upset and struggling to respond with respect and charity, that’s a sign that the onslaught of information is becoming overwhelming or stressful. Pause from the conversation and take time to care for yourself: Go for a walk, pray, talk to a loved one, play with your kids, or take a break from the computer for a few days. Fill up your cup, so that you can pour out the peace of Christ to everyone around you, whether or not you agree with them politically.

A helpful guide to participating in politics with a well-formed conscience is the United States Conference of Catholic Bishops’ resource page, Forming Consciences for Faithful Citizenship. The bishops ask Catholics to practice “civility, clarity, and compassion in their families, communities, and parishes” during the election season, a reminder to take to heart.

2
Pause to reflect and pray before entering a political conversation

If you are thinking about jumping into a social media debate, bringing up politics at gatherings with family and friends, or entering into a political debate in any other context, ask yourself these questions first:

If you feel ready to jump in, say a prayer for the person you’re about to engage. Then try to find common ground before bringing up issues on which you may not be in agreement. Consider reaching out to the person in a private message instead of on a post others can see, as many people are more amiable and open in private conversations than more public ones.

If you don’t have the emotional energy to enter a discussion right now, just pray for the person instead. If you stop to think about it, prayer is sure to be more efficacious than any debate could be. If the person’s words are really bothering you, but you’ve discerned that it’s more prudent not to debate right now, you might consider venting your thoughts privately to a family member or trusted friend.

Read more:
A prayer for all political leaders

3
Fact check what you see online

The saying “Don’t believe everything you see online” has taken on new poignancy in this election season, when foreign powers are known to be actively interfering to further polarize our nation. That’s why it’s critically important to verify the information we see online, especially if it seems overly sensational or is demonizing one side or the other. Before sharing information, research that news to see if it has been confirmed by several other, reputable sources (this media bias chart may be helpful).

One way to take a step back from the political maelstrom and detach a bit is to read about the election from the perspective of other countries, such as by reading the news on Reuters or the BBC. In general, you can feel confident in the news you’re reading by sticking to trustworthy, vetted sources.

Despite your best efforts to engage others with charity, some people aren’t able to enter a political conversation without resorting to vicious rudeness and personal attacks. It’s not worth it to engage with people who are being willfully nasty. If someone is calling names, attacking people instead of ideas, and cruelly demonizing opponents, it’s prudent to avoid engaging with them. The discussion will only steal your peace. Instead, pray for them, knowing that God can work far more good in their hearts in His own way than through any argument you could present to them.

5
Take breaks to protect your peace of mind

Much of the time, it may be constructive to civilly discuss politics with friends or family. But if you find that such conversations steal your peace of mind, it’s perfectly alright to bow out for a time. I’ve spoken to friends who have deactivated their social media accounts until after the election, and this is a wise approach if you’d rather not witness the vitriol that unfortunately passes for civil discourse on Twitter these days.

Reading excessive negative news can actually lead to psychological distress (it’s called headline stress disorder), so sometimes withdrawing from all the noise and chatter is the most prudent decision. You might choose to take a break from social media, or limit your news consumption to certain times, such as checking in once a week or for 20 minutes in the morning (when you’ll often find that heads are clearer and conversation kinder than at night). You’ll never regret taking a break from social media, but you very well might regret losing your peace of mind in dead-end political arguments.

To be clear, this is not to say that people should just ignore the political situation. It’s important for Christians to be aware and active participants in the public square. Pope Francis perfectly expressed this reality:

We need to participate for the common good. Sometimes we hear: a good Catholic is not interested in politics. This is not true: good Catholics immerse themselves in politics by offering the best of themselves so that the leader can govern.

Rather, in a time when tension is high and emotions on edge, it may be prudent to avoid political conversations to varying extents, especially on the very limited platforms of social media.

The real battle is not, as many seem to think, for the elected offices of this country; it’s in the minds and hearts of each man and woman, in the choices made for good or evil. Every time the choice is made to be compassionate and respectful to those with whom we disagree, a victory is won for the Kingdom of God. Let’s remember for whom we’re really advocating, and that His Kingdom is not of this world.

Posted by Deacon Mike Talbot at 10:51 AM