“My life is for my people. I am not scared.”
Name: Blessed Stanley Rother 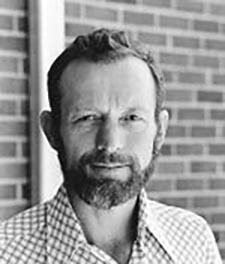 Lived: 1935-1981 Feast day: July 28
Most missioners are transformed again and again as they work with people of backgrounds and cultures different from them. Blessed Stanley Rother is a good example. As a young Oklahoman priest, he asked permission from his bishop to work as a missioner in South America. Like many dioceses and religious orders, Oklahoma City had established a mission parish in Central America in response to Pope John XXIII’s request for help. After Father Stanley had spent a period at the mission in Santiago Atitlán, in the mountains of southwest Guatemala, he requested to be assigned there permanently.
He worked among the poor indigenous people of the area, lending his down-to-earth approach that he gained growing up on a farm to his sacramental ministry. He learned the local indigenous language, so his preaching could be understood by the uneducated and very poor. He helped translate Scripture into Tz’utijil as well. He ate with the people, attended to their medical needs, even worked in the agricultural fields with them. He had been transformed from an Oklahoma parish priest into a rural missioner living the life of the faraway people he served. (Incidentally, he crossed paths in Guatemala with Glenmary missioner Frank Schenk, who also was responding to the pope’s call for missioners.)
When civil war broke out in the region, the Church was targeted for its work among the poor. Blessed Stanley came home to Oklahoma, but he couldn’t stay. “The shepherd cannot run from the first sign of danger,” he said, and fearlessly returned to Guatemala. He was assassinated within a few months of his return, a martyr for the faith.
Let Us Pray: Blessed Stanley, few of us are called to be martyrs, but all of us are called to follow your will. Inspire in us a passion for God’s word, and the strength to follow where it leads us.