Saint for Thursday is a Welsh monk 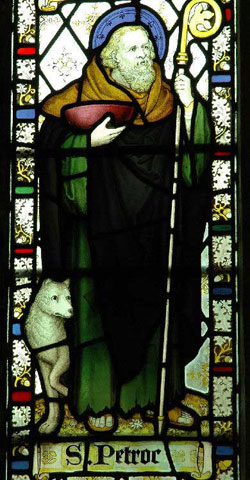 Petroc was born in Wales, possibly the son of a Welsh king. He became a monk and with some of his friends, went to Ireland to study. They immigrated to Cornwall in England and settled at Lanwethinoc (Padstow). After thirty years there, he made a pilgrimage to Rome and Jerusalem, at which time he is also reputed to have reached the Indian ocean where he lived for some time as a hermit on an island. He then returned to Cornwall, built a chapel at Little Petherick near Padstow, established a community of his followers, and then became a hermit at Bodmir Moor, where he again attracted followers and was known for his miracles. He died between Nanceventon and Lanwethinoc while visiting some of his disciples there. His feast day is June 4th.