First Friday of Lent Saint of the Day 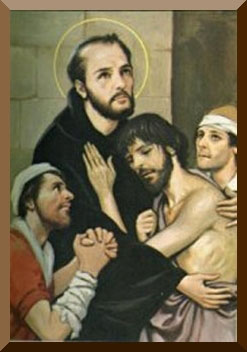 John of God is patron saint of booksellers, printers, heart patients, hospitals, nurses, the sick, and firefighters and is considered the founder of the Brothers Hospitallers.